Rogers Media says it will launch an all-sports radio station in Vancouver this fall, called Sportsnet 650, after the acquisition of AM station CISL from Newcap Inc., still subject to CRTC approval for rebranding the format to all-sports. 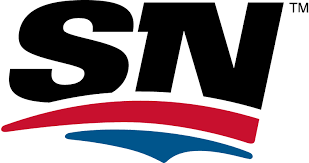 “Vancouver has an incredibly loyal fan base, and this is a natural fit to expand our Sportsnet offering,” said Scott Moore, President of Sportsnet, Rogers Media, in a statement to iPhone in Canada. “Sportsnet has been strongly committed to the Vancouver community since the network’s inception in 1998 when we first began televising Canucks games.”

The launch of Sportsnet 650 in Vancouver is the third all-sports radio for Rogers, as Calgary has Sportsnet 960 The FAN and Toronto has Sportsnet 590 The Fan.

Rogers says AM 650 will continue to operate as normal until Sportsnet 650 radio launches this fall.

All of these radio stations can be streamed on your iOS device with the Radioplayer Canada iOS app, which launched last month.

Industry, Science and Technology Minister François-Philippe Champagne wants concrete commitments on cellular service affordability from both Rogers and Quebecor before he approves the transfer of Shaw-owned Freedom Mobile's licences to Vidéotron, which will allow Rogers' proposed $26 billion takeover of Shaw to proceed — reports The Globe and Mail. According to the publication's sources, Minister...
Nehal Malik
15 hours ago

Staples Canada and Bell announced a multi-year exclusive agreement on Tuesday, to sell Bell, Virgin Plus and Lucky Mobile wireless and wireline services at Staples stores across Canada for both consumers and small businesses. Both companies will also partner to sell Bell services to medium businesses through the Staples Professional sales team. Beginning in late […]
Gary Ng
18 hours ago