Rogers to Expand Cellular Coverage Along Highway 95 and 97 in B.C. 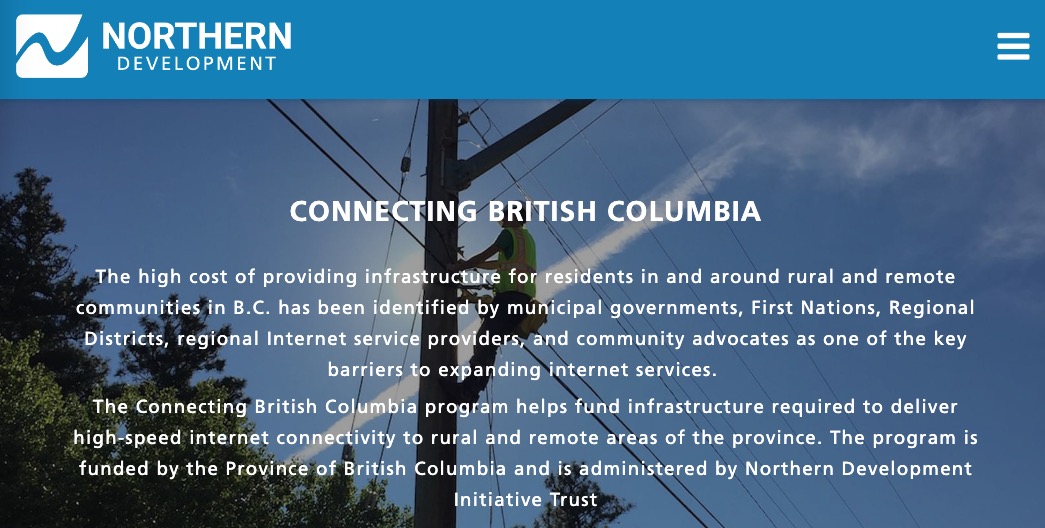 Cellular coverage along highways 95 and 97 in British Columbia is set to improve, as part of the province’s Connecting B.C. program, now partnering with Rogers.

The province and Rogers announced on Monday the wireless carrier will receive up to $5.47 million from the program (the estimated cost is $6.4 million) to fill cellular gaps along 68 kilometres of Highway 97, from Chetwynd and the Highway 39 junction. This route includes Pine Pass, West Pine rest area and Powder King Mountain Resort.

Rogers will also get $774,000 from the Connecting B.C. program for cellular coverage upgrades between Golden and Spillimacheen along Highway 95. Braisher Creek rest area and communities of Nicholson, Parson and Harrogate will see improved wireless coverage.

“Rogers is proud to continue investing in British Columbia on these highway connectivity projects to build critically needed 5G networks to bridge the digital divide in partnership with the B.C. government,” said Dean Prevost, president, Connected Home and Rogers for Business, in a statement.

The Connecting B.C. program is funded by the province but administered by Northern Development Initiative Trust.

These Highway 95 and 97 cellular projects are expected to be completed by October of this year.