LG today announced its G3 Vigor, in what they are dubbing Canada’s first VoLTE-enabled smartphone (Voice over LTE), available on the Rogers network: 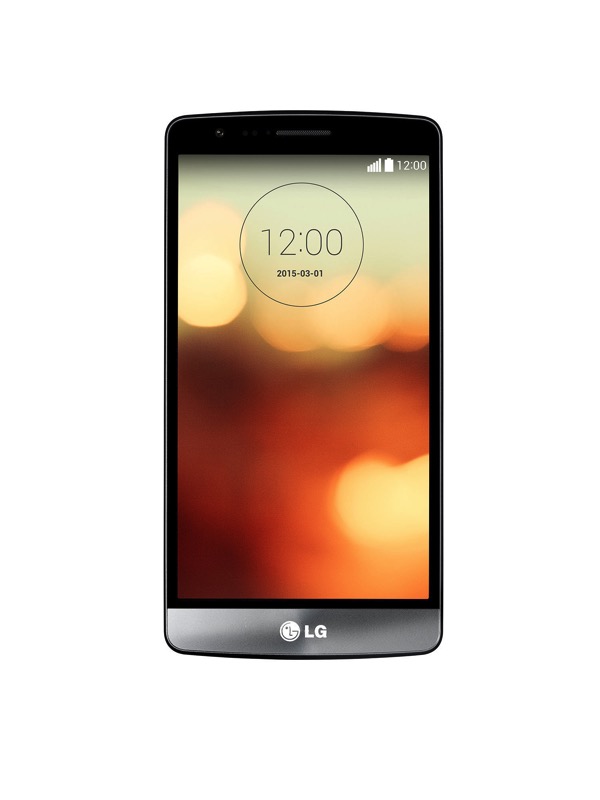 Ross Snow, Vice-President LG Mobile Communications, said in a statement “LG is thrilled to partner with Rogers on another first with the launch of the LG G3 Vigor, Canada’s first VoLTE enabled device.”

While the iPhone 6 and iPhone 6 Plus support VoLTE, it depends on carriers to support it. T-Mobile and Verizon in the U.S. support VoLTE for Apple’s newest iPhones. VoLTE allows users to simultaneously use voice and data when connected to an LTE network, unlike today where your voice call takes place over traditional HSPA voice networks (despite being connected to LTE).

Last October, Rogers told us preparations for VoLTE were underway along with an update for WiFi calling. The company has now announced that the VoLTE network will launch on April 1, 2015:

Now with VoLTE, Rogers supports high quality HD calls and allows Canadians to:
– Make and receive voice and video calls to and from other Rogers customers with VoLTE – in clear, natural-sounding audio
– Place a call and stay at lightning fast LTE data speeds when you browse the web or watch videos
– Connect quicker with friends and family (you get a faster call connection time)

Update: the official Rogers press release is out and the company says VoLTE is now available:

“We know our customers lead busy lives and their smartphones help them stay in touch with family and friends. Now customers making voice and video calls will benefit from clear sound quality and the same lightning fast LTE speeds for calls that Rogers delivers to surf the web or stream from your mobile device,” said Raj Doshi, executive vice-president, Rogers Communications. “VoLTE will help our customers enjoy rich, multimedia voice services and we are proud to be the first Canadian carrier to offer it.”

Questions remain over VoLTE and how it will affect billing since it uses data, and whether customers can opt to disable it. Also, would customers be able to subscribe to data-only plans and skip voice plans, since VoLTE can do both now?

As of now, the company says as long as you have a VoLTE supported phone and are connected to their LTE network, you will have VoLTE access. VoLTE is not available to customers in Northwestern Ontario and those in Extended Coverage areas.

Update 2: We asked Rogers for clarification regarding how voice calls are billed. A company spokesperson explained in an email “All voice calls made with VoLTE are billed like regular, non-VoLTE calls – unlimited Canada-wide voice calls are included in a customers’ share everything plan.”

We asked about support for VoLTE on the iPhone 6 and iPhone 6 Plus since both devices are capable of the technology. Rogers said they did not have any details to share but did say “we will have more VoLTE compatible phones launching this year.”

As for Fido customers, VoLTE is not available since no devices on the network currently support it.

Interestingly enough, some Rogers users such as iPhoneinCanada.ca reader @JStheoriginal are seeing ‘Voice & Data’ for LTE in Settings under Cellular on their iPhone 6 seemingly suggesting VoLTE could be enabled right now for Apple users (we’re on Fido and it only says ‘Enable LTE’)? 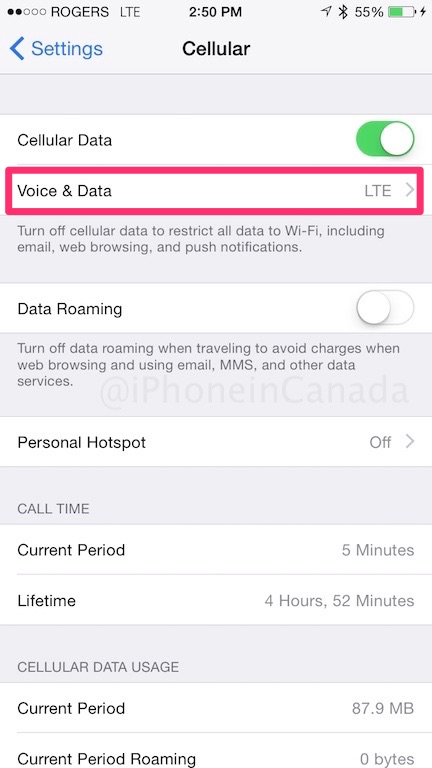