Rogers yesterday posted to its new Policy and Regulatory blog for the first time, debuting an article titled, “Canadian wireless prices are declining – the facts nobody is telling you.”

The article published Wednesday was written by Ted Woodhead, Senior Vice President, Regulatory, Rogers. Previously, Woodhead served as the SVP of Federal Government and Regulatory Affairs at Telus up until December 2019, before he started at Rogers a month later.

According to Rogers on the issue of wireless pricing in Canada, Woodhead says, “Most coverage of this issue is missing key facts and provides an inaccurate view of the situation, suggesting that the price of wireless service in Canada, especially data, remains high and unchanging. In fact, the opposite is true. Wireless prices are declining, and consumers are receiving better value.”

To argue his point, Woodhead says wireless prices are declining as usage increases, sharing data from Rogers, Fido and chatr. Through dividing data revenue from these brands by data traffic on the Rogers network, the company says “the relative price of data – the cost per GB – has declined over 50% in the last five years and nearly 70% since 2013.” 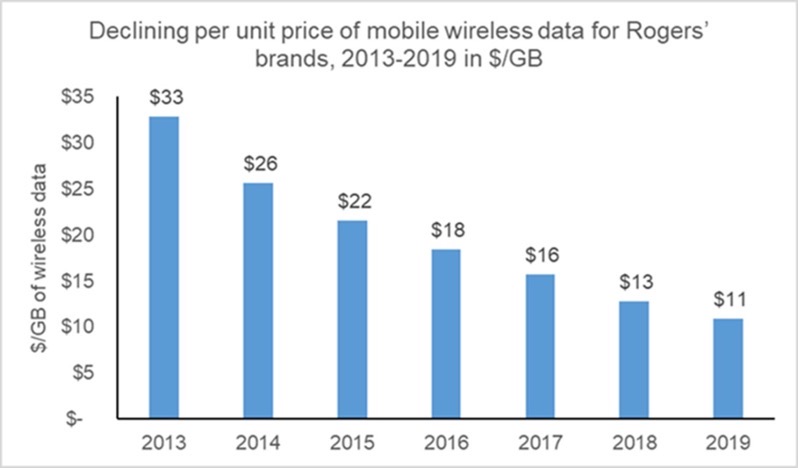 Rogers says pricing studies “rarely take into consideration” per unit cost accounts for price and usage, which results in “an incomplete picture.”

“For example, if a customer is paying $50 for a 4 GB plan one year, and the next year the plan offers 6 GB of data for $50, the consumer is paying less per GB and receiving more value for money,” explains Woodhead.

Rogers says it knows customers are using more data based on subscribers to its Infinite plans, which totaled 1.9 million as of June 2020, and this increased usage “has necessitated an increase in capital investment to enable that data growth.”

Woodhead also refers to the Statistics Canada Cellular Index (CSI), which indicates prices have dropped across the wireless industry. The unpublished index “measures the rate of price change for cellular services purchased by Canadian consumers,” explains Rogers, and is a more “comprehensive and representative measure than simple price studies.”

Rogers says based CSI data, cellphone plans have fallen in 2020 and cites how “half of the federal Government target of a 25% drop in wireless prices has been achieved in the last 12 months.” 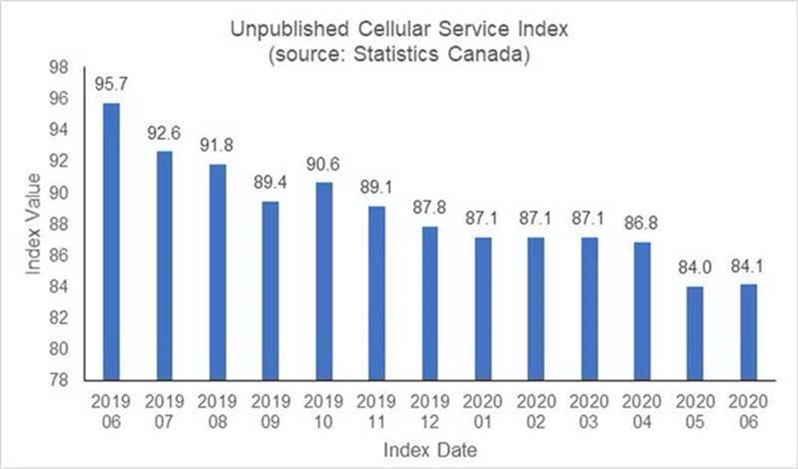