Rogers Sportsnet is set to kick off a new live streaming show on Twitter called Ice Surfing, which is set to debut tomorrow on March 22 from 7-10PM EDT (4-7PM PDT). 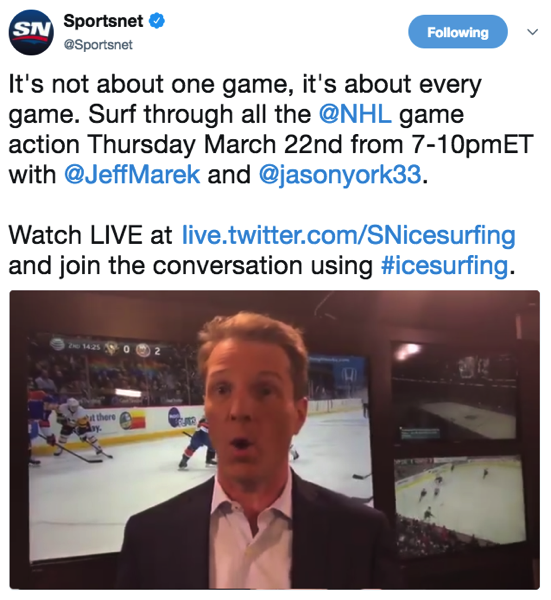 Host Jeff Marek said in an issued statement “Thursday night will be a lot of fun on Ice Surfing,” adding “I’ve been hoping to be part of a show like this for years where we bounce around all the NHL games, break down the key plays, talk to current and former players and not miss a thing. Bonus, I get to work with former NHLer Jason York and our online gatekeeper Storie Serres. Should be a fun hockey hang.”

It's not about one game, it's about every game. Surf through all the @NHL game action Thursday March 22nd from 7-10pmET with @JeffMarek and @jasonyork33.