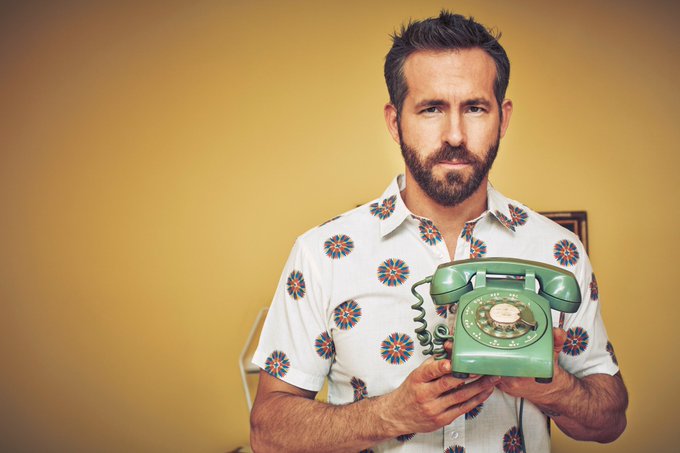 Canadian actor Ryan Reynolds acquired U.S. mobile carrier Mint Mobile back in 2019 and last year, said he was “trying” to bring the wireless service to Canada.

Mint Mobile is a mobile virtual network operator (MVNO), which essentially buys wholesale network access from a larger carrier and resells it to customers.

Canada’s incumbent wireless carriers do not want to sell access to their networks to new MNVOs, but yesterday the CRTC announced half-baked measures, according to critics of the ruling.

The CRTC said it would force Rogers, Telus and Bell to offer wholesale wireless access, but only to established regional carriers that already have spectrum and facilities, and for a period of seven years only, while they build out their own towers. The move does not allow new MVNO players to be established.

On Thursday afternoon, Reynolds said, “True story. I was planning on selling landlines to Canadians through @Mintmobile until this decision. Literally. This photo was taken on Saturday.”

True story. I was planning on selling landlines to Canadians through @Mintmobile until this decision. Literally. This photo was taken on Saturday. https://t.co/e0Q48sxj4Z pic.twitter.com/JbrWhh6HwS

That’s when Reynolds reiterated, “then we forge ahead with landlines.”

Then we forge ahead with landlines.

Now, it’s most likely Reynolds is joking when he’s talking about selling landlines, because nobody wants those anymore. It remains to be seen how the CRTC decision—called ‘toothless’ by OpenMedia—will lower wireless pricing or not.