SaskTel has just dropped their prices on existing iPhone 5 stock by $50 across the board for two year contracts. The new prices are as follows: 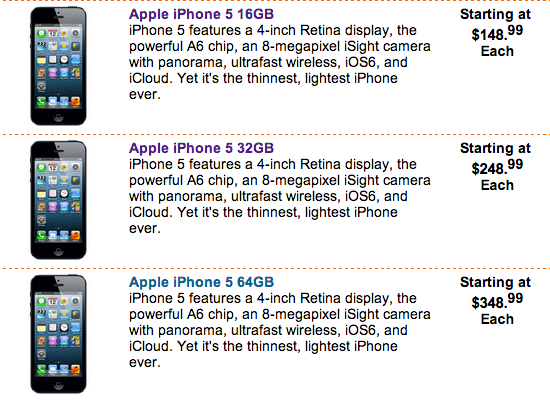 The 16GB iPhone 4S remains at $78 on two years, while the 8GB iPhone 4 is out of stock. SaskTel should eventually get iPhone 5c and iPhone 5s, as they are listed on Apple’s authorized carrier page. Last year, SaskTel and MTS received the iPhone 5, albeit slowly.

An expert witness hired by Rogers in its ongoing Competition Tribunal hearings against the Competition Bureau testified on Friday that the proposed sale of Shaw-owned Freedom Mobile to Quebecor's Vidéotron will create a "near-national" fourth wireless operator capable of competing with the Big Three (via the Financial Post). Rogers and Shaw have offered to sell...
Nehal Malik
13 hours ago

The Black Friday plans are rolling out fast and furious for 2022 from flanker brands, Fido, Koodo and Virgin Plus in Ontario. Right now, a popular discounted $30/20GB Black Friday plan for bring your own devices is being offered by all three flanker brands. Originally the plan was available from Koodo with only 15 months […]
Gary Ng
1 day ago