The day after we first noted MTS would carry the iPhone 4S on October 28th, we updated that post to note SaskTel had also confirmed an October 28th launch as well, as noted by the following image banner posted to their website:

SaskTel’s website now lists the iPhone 4S as part of their product page. We can expect similar contract pricing to other Canadian carriers, such as 16GB/32GB/64/GB capacities for $159$$269/$369 on a 3 year contract. Outright should be similar at $649/$749/$849, but at those prices you might as well buy factory unlocked from Apple.ca instead. 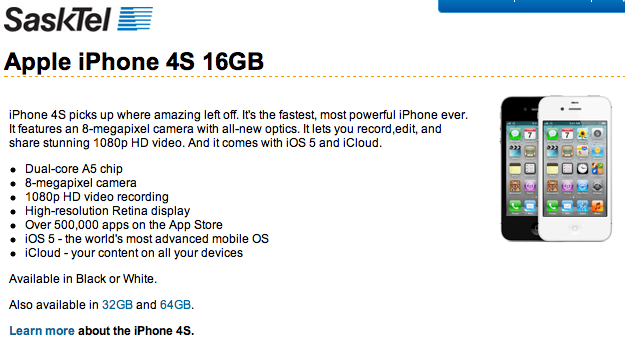 Anyone looking forward to the iPhone 4S on SaskTel?