The days of three-year contracts are gone in Canada, but as the carriers already suggested (and we’ve seen lately), two-year terms will add additional dollars to the price we pay for a new iPhone in case of an upgrade or new contract. Sasktel has joined the incumbents and raised the price of the iPhone 5 by $20, to $198.99. 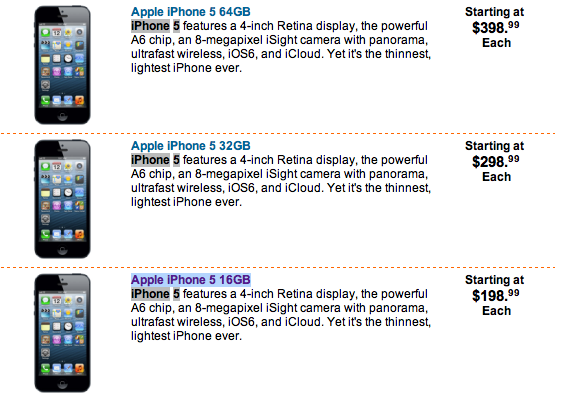 The carrier was sort of “late” in raising the price of this handset, since you could purchase an entry-level iPhone 5 for $178.99 yesterday, while the incumbents announced their new pricing some while ago, back in July: $199.99 and up.

Back in March, before the CRTC announced the new wireless code, SaskTel joined the line of the carrier’s marketing campaign that attracted iPhone 5 buyers by slashing the price of the popular handset to as low as $99 for the entry-level model. This, however, came with the burden of a three-year contract.