Currently there is an iPhone 5 fire sale going on in Canada for subsidized prices on three year terms. Rogers, TELUS and Bell have slashed prices on 16GB/32GB/64GB models to $99/$149/$199 respectively. Now, it looks like SaskTel has jumped into the mix by matching the deals from Canada’s ‘Big 3’ carriers: 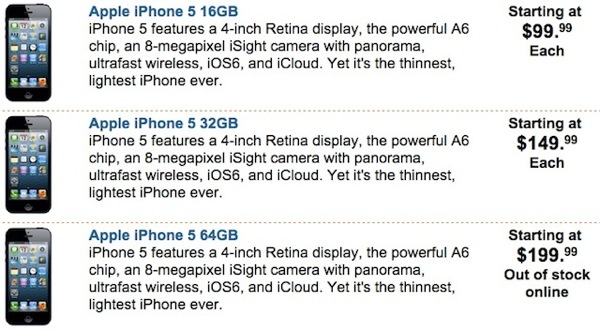 The 64GB model is currently out of stock online, which has been typical of all iPhone 5 models for the past few months from SaskTel. Also, the 16GB iPhone 4S remains at $0 on a three year term, while the 8GB iPhone 4 is at the same price. Let us know if you’re going to jump on this!