Sasktel and Koodo Mobile remain the best wireless carriers for the third consecutive year, according to J.D. Power’s 2014 Canadian Wireless Total Ownership Experience study. Overall, Canadians are more satisfied with the wireless service they get compared to last year, the report highlights.

Among the “competing” full service wireless carriers, SaskTel received the highest customer satisfaction score of 727, up 15 points from 2013. As J.D. Power points out, the regional carrier performs particularly well in network quality, account management, offerings and promotions, customer service, and handset factors. SaskTel is followed in second by Telus Mobility with 717 points. 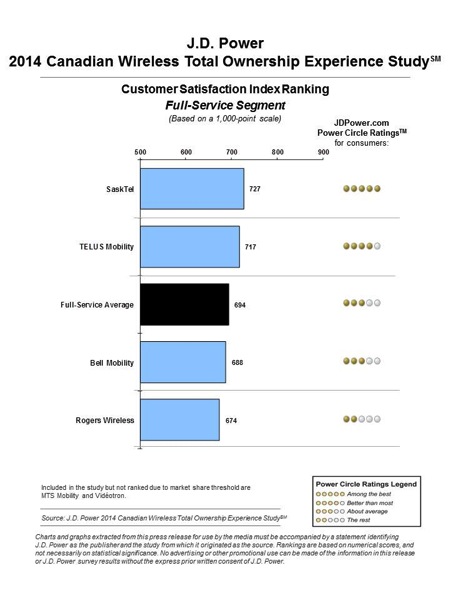 Koodo Mobile received the highest score among stand-alone carriers (778), in the J.D. Power study, for the third year in a row, up 13 points from last year, performing well in network quality, account management, offerings and promotions, handset, and purchase process. 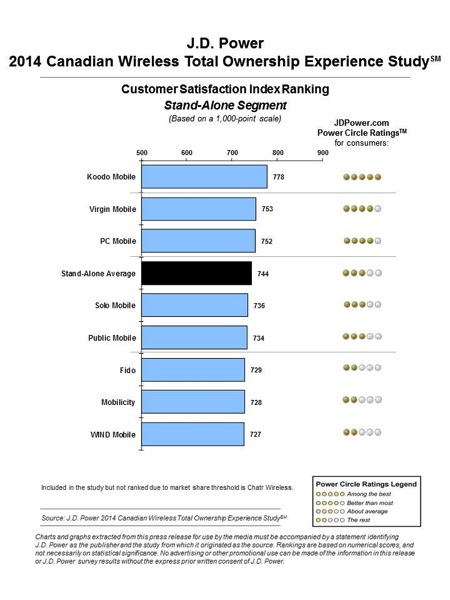 “While the Wireless Code appears to have benefited wireless customers with a reduction in monthly fees, it may put increased financial strain on carriers over time,” said Adrian Chung, account director at J.D. Power. “Carriers will need to look for other products and services to make up the losses and generate new revenue streams. Tablets with data packages are starting to take hold, and the average additional spend is $34 dollars per month among those with a connected tablet on their plan, compared to those without one. This is a great opportunity for carriers to leverage.”