While customer satisfaction is higher at carrier-branded stores, the study points to the one-fourth of shoppers who make their purchases at big-box stores. About half of those shoppers acquire an unlocked device and are more likely to switch carriers if a better deal arises, the J.D. Power study highlights. This compares to 44% buying from specialty electronics retailers, and just 28% at carrier-branded stores.

Customers with unlocked phones represent a higher risk to carriers, as device revenues are lost to other retailers, the study reads. Such devices are an attractive alternative, since switching costs are usually lower. Canadian consumers surveyed by J.D. Power say they “definitely will” switch carriers in the next 12 months, compared to just 8% of those without an unlocked phone.

Of the Canadian wireless carriers, SaskTel ranked highest in customer purchase experience satisfaction with a score of 798 points (1,000 is the highest possible), as it improved in most factors year over year. SaskTel was seconded by Videotron with 796, while third place went to Koodo Mobile with 788 points. 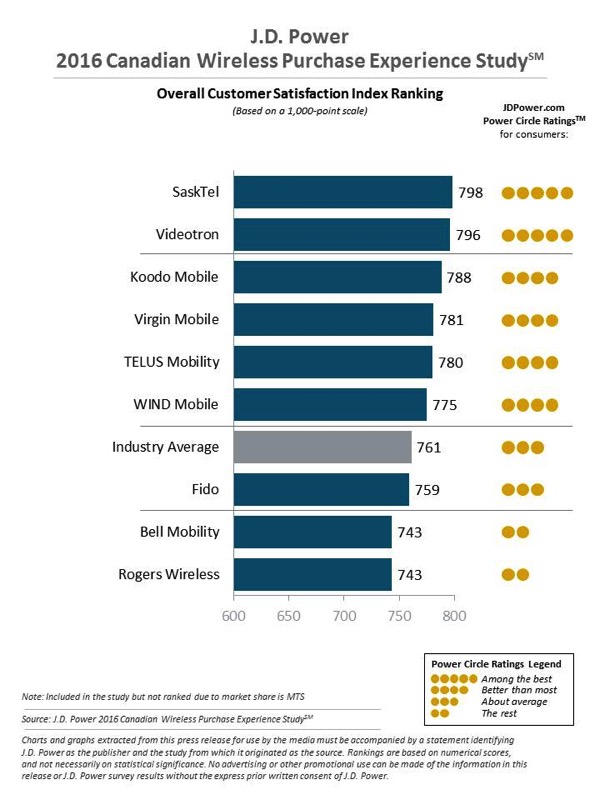