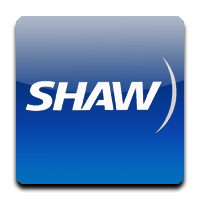 Shaw Cable has launched the trial of its WiFi network today, a project announced back in September. Starting today, existing Shaw customers will be able to test out the new service at various locations, such as malls, restaurants and exercise facilities in Vancouver, Calgary and Edmonton to start. The debut of the service is Spring of 2012 and hundreds more access points are soon to come to areas such as parks and public transportation areas. The company previously had planned to implement its own wireless cell service by 2014, but those plans were ditched.

“Canadians’ use of smart phones and tablet devices has grown exponentially over the years and more than ever, consumers are relying on data to explore the Internet, connect with loved ones and enjoy entertainment,” said Peter Bissonnette, President, Shaw Communications Inc. “With Shaw WiFi, customers will have access to their exceptional Broadband Internet service beyond the home.”

Up to eight devices can be authenticated under one Shaw account and password. Once you authenticate your device with Shaw once, the next time you enter that WiFi zone you’ll be automatically connected. For Shaw customers with iPhones and limited data plans, this new WiFi service will extend your usage. Data used will not be taken from your account’s monthly data bucket.

2. Open your web browser. You will be redirected to the Shaw WiFi Trial sign in page.

Locations of where trial access points can be seen by visiting http://shaw.ca/wifi/. Who’s interested in using this free service from Shaw?

The Black Friday plans are rolling out fast and furious for 2022 from flanker brands, Fido, Koodo and Virgin Plus in Ontario. Right now, a popular discounted $30/20GB Black Friday plan for bring your own devices is being offered by all three flanker brands. Originally the plan was available from Koodo with only 15 months […]
Gary Ng
4 hours ago

After Koodo launched a $45/50GB promo plan for Black Friday today, Rogers-owned Fido has now matched this offer. That’s according to reliable mobile insider ‘Thatdealguy’ on RFD, who noted the matching offer from Fido also is eligible for additional gift cards and rewards points bonuses at retailers such as Walmart, Best Buy, The Mobile Shop […]
IIC Deals
7 hours ago

Rogers, Telus and Bell have launched new Black Friday plans today for bring your own device (BYOD) customers. The Rogers Infinite Essential plan offers 100GB of data for $75 per month (normally $85) with access to the 5G/5G+ network and speeds up to 250 Mbps. Telus is offering an $85 plan with 100GB data at […]
IIC Deals
8 hours ago