Shaw’s Freedom Mobile has launched a new bonus data event, offering 7-8 GB of extra data depending on plans. Here’s what’s available for bring your own device plans, after a $5 Digital Discount: 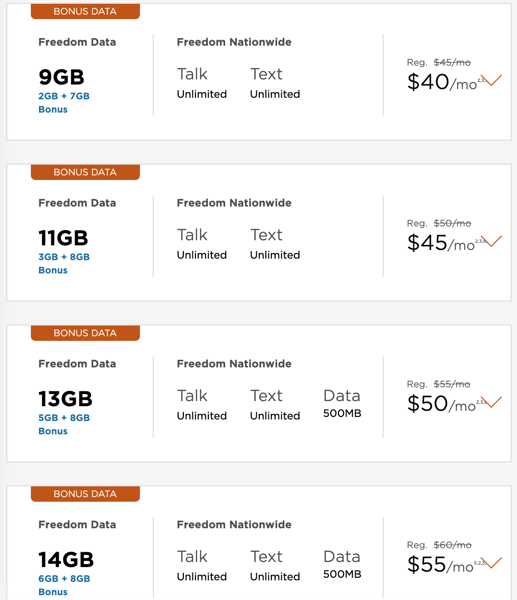 All of these plans include unlimited nationwide talk and text.

The data bonus offers a lower price point compared to promo plans from the flanker brands of Rogers, Telus and Bell.

The wireless wars may be heating up as we head into the busy fall and holiday quarter.

A separate promo from Freedom Mobile also offers a $20 talk and text plan. The wireless company also is set to increase its connection fee to $30 in October, while also recently launched Apple Watch SE (Series 6 to come later).