Shaw’s wireless carrier, Freedom Mobile, has announced it is launching in Kelowna, BC, this summer.

“Get ready, Kelowna! Our affordable #BigGig plans and fast Extended Range LTE are coming your way,” announced the company on Twitter.

The launch in Kelowna is pegged for ‘summer 2019’, similar timeframes for other launches coming in B.C. in Prince Rupert, Prince George and Nanaimo. Earlier this week, Freedom Mobile users noticed LTE signals had gone live in Prince Rupert, suggesting an imminent launch. 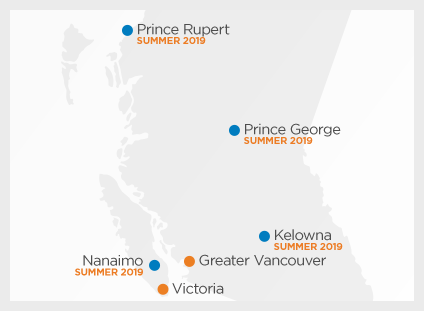 Other Freedom Mobile launches coming soon include Medicine Hat and Lethbridge in Alberta.

Freedom Mobile’s ‘coming soon’ website allows customers to sign up for exclusive launch offers, which previously have been $27.50/10GB plans.