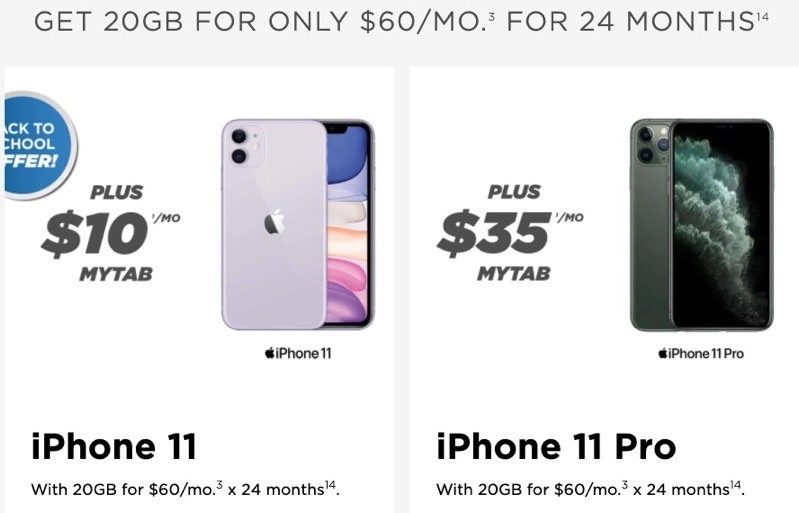 Apple sells the iPhone 11 for $979 in Canada, but you can get the phone for $240 from Freedom Mobile right now as part of a back to school offer.

The $10 iPhone 11 tab charge with the monthly plan works out to $70 per month with 20GB of data. Freedom Mobile says this price includes a $5/month Digital Discount (setting up pre-authorized payments with credit card).

Also available as part of a back to school promo is the iPhone SE on Absolute Zero, which works out to a free device over 24 months with a $60/20GB plan (there is no monthly tab charge for the phone). The iPhone SE sells for $599 from Apple.

Both of these offers end on August 31, 2020, according to Freedom Mobile’s website. Of course, with new iPhone 12 models just around the corner, expect more deals to come.