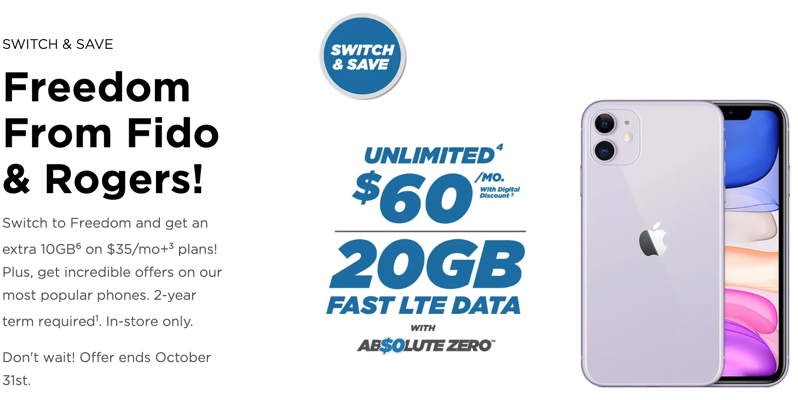 After targeting Telus and Koodo customers to switch over, Freedom Mobile has now moved on to Rogers and Fido customers.

“Switch to Freedom and get an extra 10GB on $35/mo+ plans! Plus, get incredible offers on our most popular phones. 2-year term required. In-store only,” reads the Freedom Mobile website.

The promo works out to an entry plan of $35/11GB for example on bring your own device (BYOD).

“You will receive the additional data every month as long as you remain active and in good standing on an Eligible Plan for that bonus data amount,” says the fine print.