Below are the outright prices for these new Google Pixel 3 and Pixel 3XL smartphones in Canada: 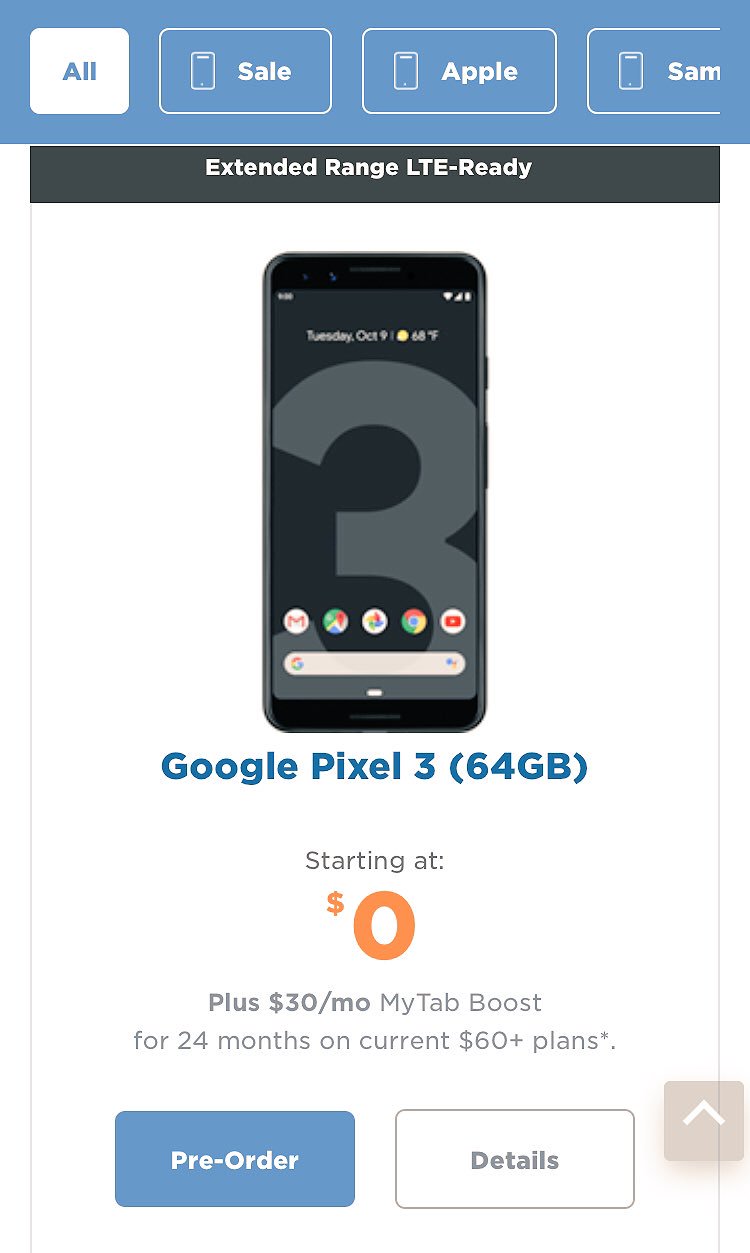 When it comes to contract pricing, Freedom Mobile’s website listed (the pages have since been pulled) the entry Pixel 3 64GB for $0 upfront, with a $30 per month MyTab charge, as noticed by iPhone in Canada reader @GodSpeed:

Users on Reddit also spotted the Pixel 3 and 3XL available for pre-order on Freedom Mobile’s website, which has since been removed as well.

Both Google Pixel 3 models will have edge-to-edge displays with the larger XL to have a ‘notch’ in its display, similar to what we’ve seen on the iPhone X and iPhone XS (update: clarified).

Looks like the entry for a Pixel 3 will be at least $1,000 Canadian. Will you be getting one?

Google is set to hold a media event on Tuesday, October 9, 2018, where the company is expected to unveil its new smartphones and more.