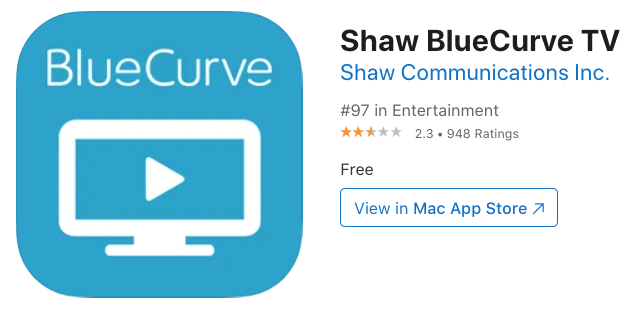 “Casting allows you to stream (or cast) content from the BlueCurve TV app to your TV screen, using your mobile device or Chrome browser as a remote control. You can stream from the BlueCurve TV mobile or web apps to a Chromecast enabled TV over any WiFi connection within Canada,” explains Shaw’s recently updated website.

As for Apple users, support for AirPlay is not available, while a native BlueCurve app for Apple TV 4/4K still does not exist. With Chromecast now supported for BlueCurve TV, this may be a hint more streaming options to televisions may be coming in the future. Maybe Shaw will deliver a gift to its Apple TV customers in 2020?

According to Shaw, you’ll need BlueCurve TV app versions 6.2.1 on Android, 6.0.1 on iOS and Google Chrome 6.2 to cast content to your TV.

Chromecast devices include the original Chromecast, plus versions 2, 3, Ultra and Home Hub.