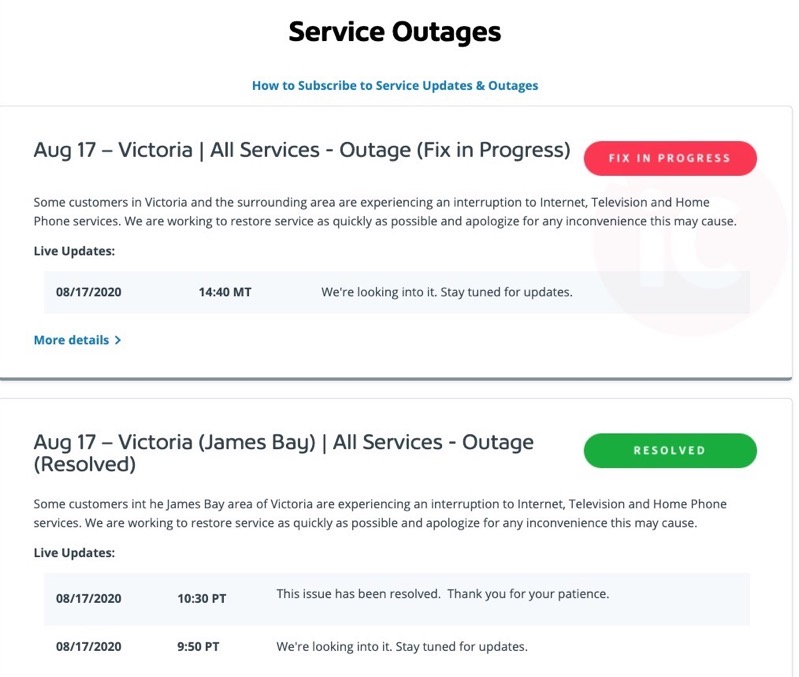 Shaw customers in Victoria, British Columbia, are dealing with an internet outage right now that has lasted most of the mid-morning and afternoon.

“Some customers in Victoria and the surrounding area are experiencing an interruption to Internet, Television and Home Phone services,” explained the company’s service outages page.

“We are working to restore service as quickly as possible and apologize for any inconvenience this may cause,” added the Shaw notice.

Originally when the outage happened, Shaw’s service outage page did not indicate any problems in Victoria, aside from resolved issue in the James Bay area close to downtown. She only later added a separate update to indicate a more widespread internet outage was happening in Victoria.

We did experience an outage (twice) with Shaw’s internet service this morning, but currently, it’s back up and running (#thereisnolifewithoutinternet).

Other internet service providers—such as Rogers—usually only post outage updates if a certain threshold is met and will avoid mentioning (or even acknowledging sometimes) downtime on social media, asking users to “DM” (direct message). Shaw is at least being transparent and replying to user queries publicly, which is a much better customer service strategy.