To compete with the rising adoption of video streaming services (49% in the previous 12 months, compared to 42% in 2015) and due to the regulatory deadline, television providers have launched “skinny” TV packages. While first reports talked about complaining customers, J.D. Power apparently missed those while fielding the customer satisfaction study.

Following are some key findings of the 2016 TV and ISP studies:

– Satisfaction among television customers in Canada improves to 715 in 2016 from 692 in 2015, while satisfaction among internet customers is 699, up from 679 in 2015.
– On average, the cost of television service is $70 per month, down from $73 in 2015, and the cost of internet service is $58 per month.
– Among customers who used an alternative video service in the previous 12 months, 67% used Netflix instant streaming, which vastly exceeds the rates for other alternative video services, such as Shomi (16%) and CraveTV (9%).
– The percentage of customers who say internet connection speed is “better than expected” has increased to 12% from 10% in 2015.
– Customers in rural areas are more likely to say their internet connection speed is “worse than expected,” compared with those in urban areas (18% vs. 14%, respectively). Rural customers experience a relatively high incidence of network problems.

In the East region, Videotron ranks highest in both television and Internet customer satisfaction for the fourth consecutive year, with an overall score of 782, and is followed by Shaw (754) and Cogeco (733).

The studies are based on responses from more than 3,300 TV customers in the West, and 5,700 in the East. 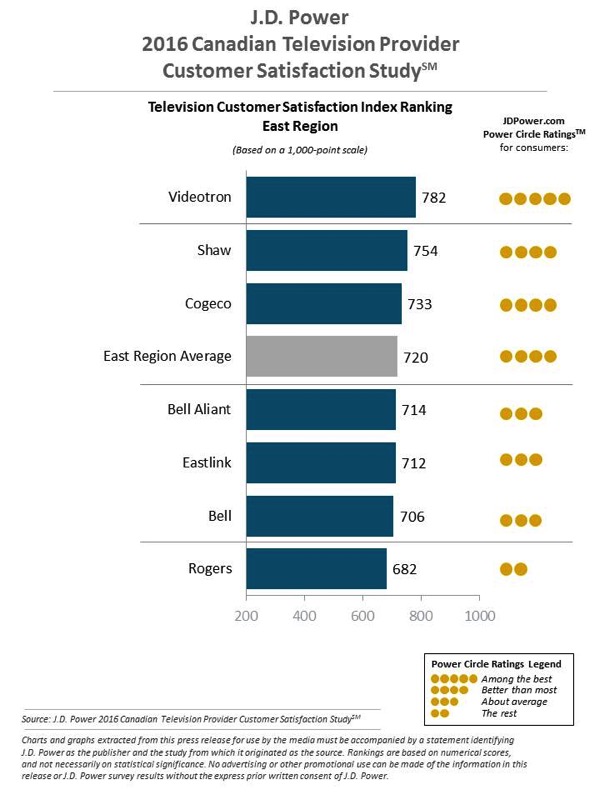 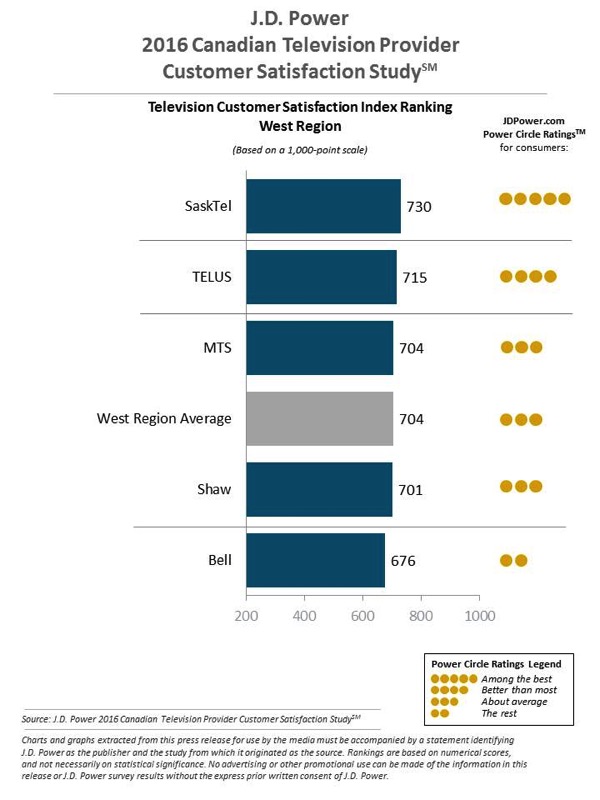 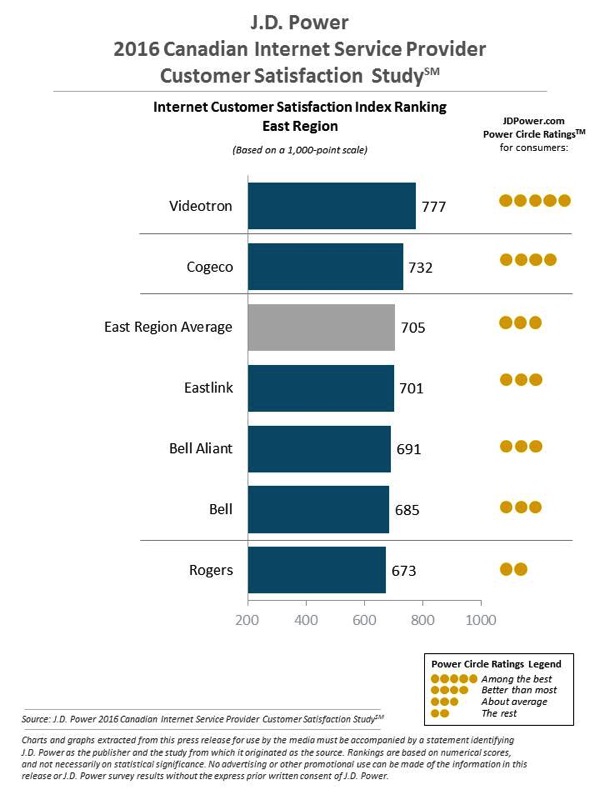 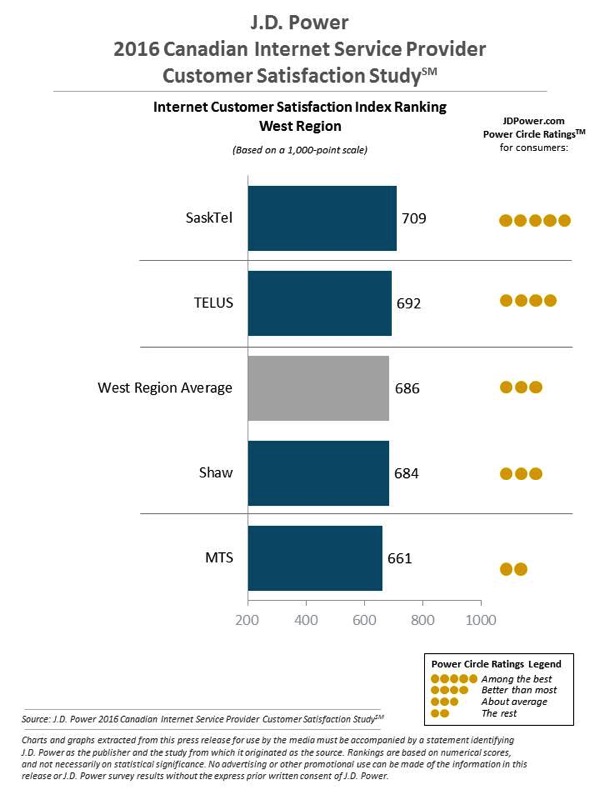