If fibre is the future, then the future is in the hands of some players Canadians know well: Rogers, Telus, and Bell. There is a problem, though: smaller Internet service providers want fibre as well, so they turned to the CRTC and started a fight over FTTH, or FTTP, Fibre-to-the-premises (via CBC News). 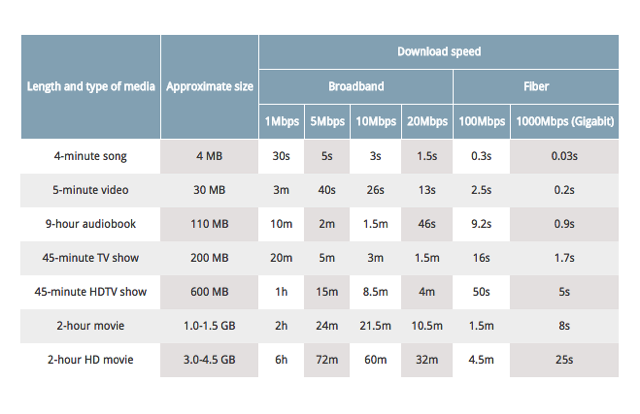 Actually, smaller ISPs — Smart Communications, TekSavvy, VMedia — could compete with the Big Three with the help of CRTC rules that granted access to incumbents’ wiring. Current broadband plans are limited to roughly 60 Mbps. With fibre, on the other hand, we can talk about speeds of over 1,000 Mbps. Most importantly, speed isn’t affected by electrical interference, distance to the node, number of connections, or network traffic.

That’s the future. And everybody wants it.

Demand for higher Internet speeds is driven by video usage. “The actual usage of capacity is increasing by 30 to 40 percent per year because of the increased demand for video content and high-quality video,” says George Burger of VMedia, a Toronto-based Internet protocol TV provider.

Incumbents, however, don’t want to grant access to smaller players, because — as Bell puts it — wiring represents about a third of the capital costs, and opening it up to wholesale access would harm the investment.

Small ISPs say that if they don’t have access to FTTH, they can’t compete. The regulator will issue a decision on this matter in the next couple of months.