TELUS and Bell Have the Best Wireless Network in Vancouver: Rootmetrics

RootMetrics is back again to measure the reliability and speed of Canadian wireless networks. Most recently, the independent US-based network performance company has been in Vancouver gathering data for this year’s report. 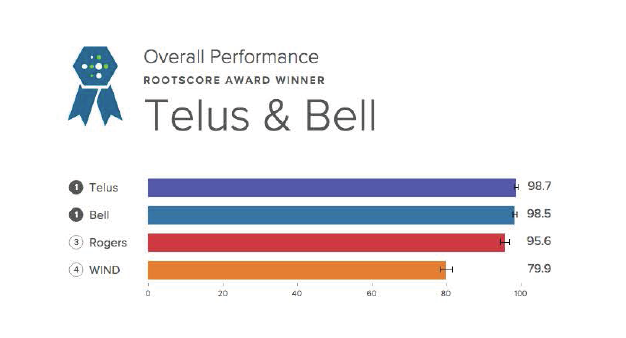 After performing more than 25,000 tests and driving 1,604 kilometers, RootMetrics gave TELUS and Bell the award for the overall performance of their wireless networks. This is the third time the firm has tested the Vancouver market. Last August, when they performed similar testing, Rogers came out first.

As it turns out, both Bell and TELUS have been busy upgrading their networks and there have been visible results. For example, Bell’s median download speed increased from 17 Mbps to 23.8 Mbps, and its upload speed also improved, to 15 Mbps (up from 6.8 Mbps).

What is more impressive and brought an additional 0.2 points to TELUS’ RootScore (besides network reliability), is the increase of upload speed from 4.2 Mbps to 18.2 Mbps. TELUS’ download speeds also increased, from 14.8 Mbps to 25.8 Mbps. 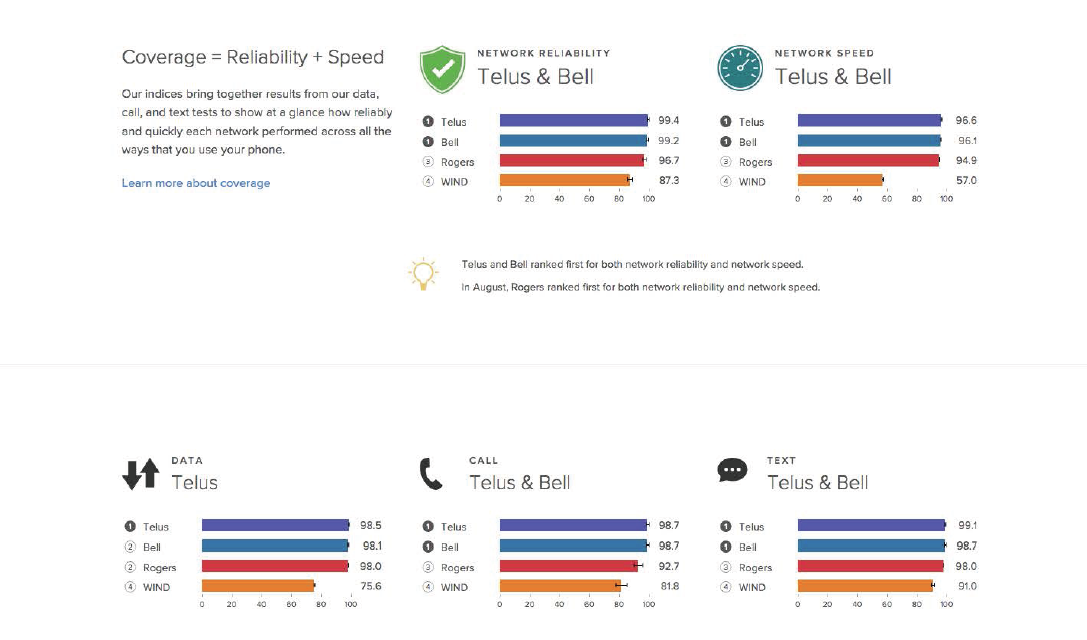 Rogers recorded the fastest download speeds (35.2 Mbps), but the upload speeds were lower than Telus’, at 20.2 Mbps. During RootMetric’s testing, Rogers and Wind recorded the most blocked and dropped calls (Wind is worst of all, though, with 2.5% of all calls), which affected Rogers’ overall network performance score.

The tests were performed using a Samsung Galaxy S5 for each network. Wind’s performance is poor compared to the incumbent players. For example, the tests show an average 1.8 Mbps download and 0.4 Mbps upload speed, and the median text send time is 3.7 seconds, way above the 1.6 recorded on TELUS’ network.

MPs on the House of Commons' industry and technology committee on Wednesday expressed concerns about the impact of Rogers’ proposed $26 billion takeover of Shaw Communications on jobs, competition, and affordability in Canada's telecommunications sector (via The Globe and Mail). During another hearing on the long-embattled merger just a week before its January 31 deadline,...
Nehal Malik
3 hours ago

SaskTel announced on Wednesday it has started rolling out its 5G wireless network to the Battlefords, offering faster download speeds. The Saskatchewan crown corporation says it recently debuted its 5G network in the Town of Battleford, but expects all of Battleford and North Battleford to have full access by the summer of this year. “Our […]
Gary Ng
4 hours ago