After performing more than 71,000 tests in three cities — Toronto, Vancouver, and Montreal — on five networks, RootMetrics has given the final verdict: Bell has the most reliable network in two cities, Rogers excels in Vancouver (via MobileSyrup). 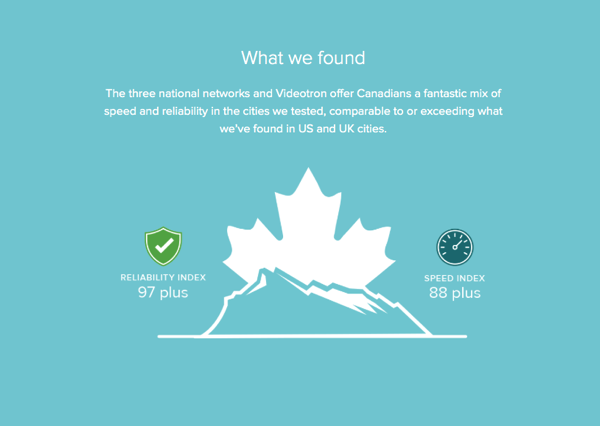 RootMetrics is a US-based independent mobile performance company that visited Canada for the second time just to test the performance of Rogers, Bell, Telus, Videotron, and Wind Mobile.

It is noteworthy that they used devices found in retail stores and performed identical tests in the targeted areas, which means a “variety of locations, including indoors and while driving,” etc., both day and night.

Bell and Telus excelled in Toronto in terms of overall performance and network reliability. Rogers had issues with the data latency and text delivery tiers. In Montreal, Videotron took the crown for delivering the fastest network in the area, although the incumbents also performed well.

Rogers’ peak performance was measured in Vancouver, as the devices used on the other two incumbents’ networks were stuck more often on 3G.

The tests were conducted between August 30 and September 25, 2014, using the Samsung Galaxy S5, and follow a similar report published by PCMag.