Koodo Promo: $54 Canada-Wide Plan with 6GB Data for Quebec Only

Telus-owned Koodo has launched a BYOD promo in Quebec, offering a $54 per month unlimited Canada-wide calling plan with 6GB of data. The plan comes with unlimited SMS/MMS, plus the usual extras like call display, voicemail, etc. Data overages are costly though, at $5/100MB, which looks to be the standard now across the ‘Big 3’. 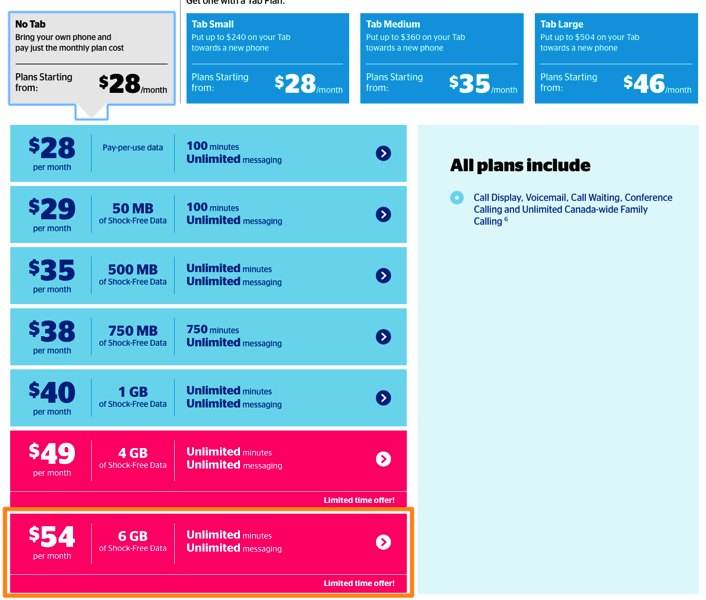 The offer is not as good as the $55/8GB plan offered in Quebec last month, but if you missed out on that one, this may be the next best plan.

If you are an existing Koodo customer in Quebec, call in and switch over to this if it is better than your existing BYOD plan.