iPhone 4 users on Koodo have started to receive carrier updates to enable Personal Hotspot. Previously, users were unable to activate this feature even after endless inquiries to Koodo technical support. Now, it appears Koodo has finally listened.

Now, all you have to do is install the carrier update and you should see Personal Hotspot in your Settings. How to get carrier update to install? Just visitÂ Settings > General > About…and the update should get pushed to you. Further discussion is here in the iPhoneinCanada.ca forums.

Let me know how you’re enjoying Personal Hotspot. Pictures below: 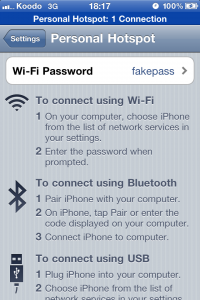 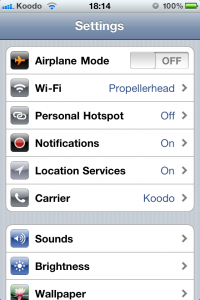 Thanks to Tim for the heads up and screenshots!