On the weekend, Fido dropped their $57 unlimited promo plan by a dollar to $56. Virgin Mobile quickly followed and matched Fido, and now TELUS has let us know Koodo has done the same, as noted on their Canada-wide promo plans page: 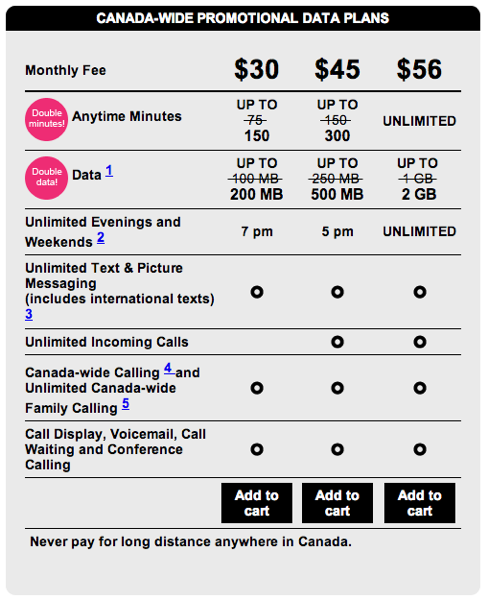 Earlier, we also noted Fido’s $67 unlimited plan also was updated to include unlimited outgoing calls instead of 1000 minutes. The plan is iPhone 5 eligible as three year terms are available.

A dollar off is still a dollar saved right? You should call in to get this change for your next bill.