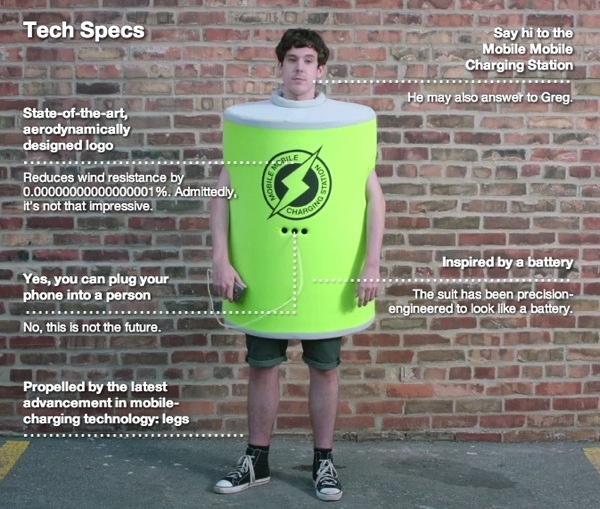 Koodo has launched a new marketing campaign powered by their ‘Mobile Mobile Charging Station”, which is a man inside a battery suit that will follow you while your smartphone is being charged. So while you’re iPhone is charging, you’ll also get to make a new friend.

The charging station will be available in Toronto on August 8 at the Taste of Danforth from 5-10PM, while on August 15 from 4-9PM it’ll be at the CNE. Three other dates are soon to be announced, but the location will be at movie premieres at the TIFF Bell Lightbox.

Let us know if you’re going to try this. The suit will come with three cables to charge a variety of devices including your iPhone (Lightning, 30-pin connector) and more (microUSB).