Telus-owned Koodo Mobile has launched a data bonus offer for customers in Quebec only, offering 1GB extra on BYOD plans priced at $46 and $49 respectively. 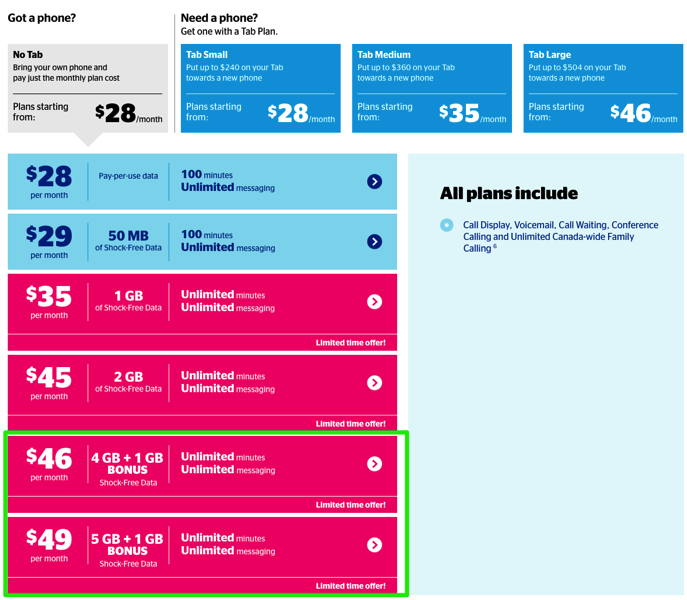 Also, if you’re signing up, find a referral from a friend or family member, because Koodo has also doubled their referral bonus to $50 each, until May 7th.

Fido and Virgin Mobile also currently offer the same $49 plan with 6GB, but they have yet to match the $46 plan with 5GB.

If you’re in Quebec customer on Koodo, call in or go online and make the switch to update your plan to these promos.