If you’re a Koodo customer in Quebec, more promo plans have come your way this morning. The Telus-owned carrier has launched new plans offering the following: 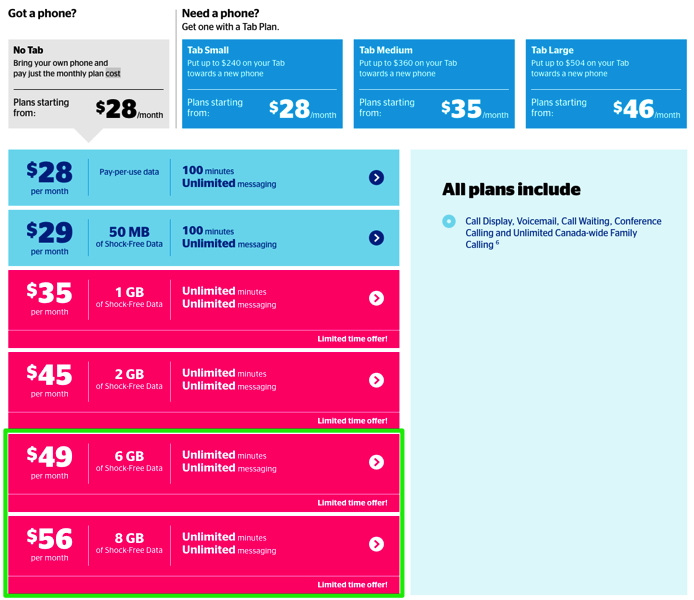 Right now, Koodo still has a $50 referral bonus (normally it’s $25) if you’re signing up as a new customer.

The move looks to be a response to regional carrier Videotron in Quebec, which recently launched a double data promo on their Premium unlimited Canada-wide calling plans, starting at $48.95 for 6GB.

If you were on an existing Koodo plan, you should make the switch to one of these plans if it’s better for you. Now watch Fido and Virgin Mobile match these in 3…2…1…