Looks like more targeted promo plans are coming to customers of Telus flanker brand, Koodo. For those logging into their accounts online, some special offers are showing up, similar to what told you earlier about Fido. 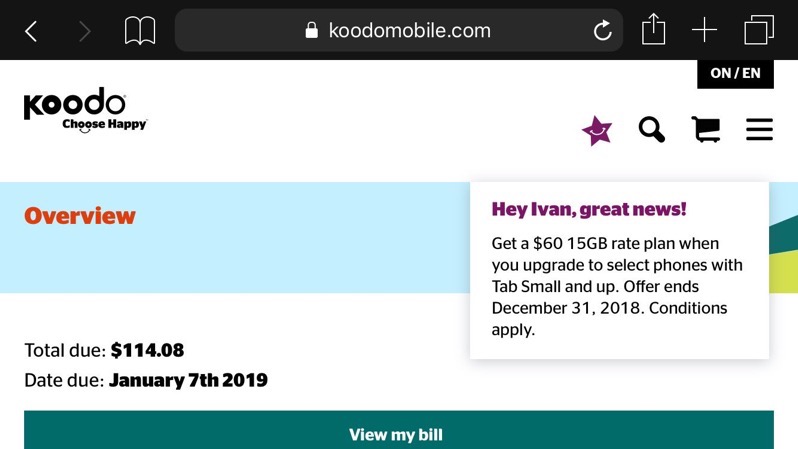 According to iPhone in Canada reader, Ivan (located in Ontario), after logging into his Koodo account online, he saw a pop-up offer saying:

Hey Ivan, great news! Get a $60 15GB rate plan when you upgrade to select phones with Tab Small and up. Offer ends December 31, 2018. Conditions apply.

This $60/15GB plan for Ontario is better than the $60/10GB holiday plan we saw last year. But of course, this special offer requires a phone upgrade on Tab Small, which does offer some $0 devices, including iPhone SE, iPhone 6 and iPhone 6s.

Also, for those in Quebec, right now Fido, Virgin and Koodo have launched a new $35/3GB BYOD plan.

Let us know if you’re seeing any special offers within your Koodo account online.