Looks like the wireless wars continue to heat up in Quebec, as Virgin, Fido and Koodo are all offering a new $35/3GB BYOD plan, with unlimited Canada-wide calling and texting.

The plan previously was priced at $35 with 1GB of data, but right now 2GB of data has been added. 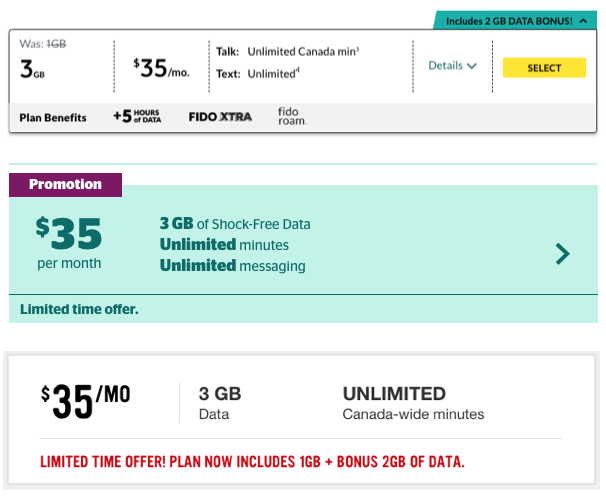 In Quebec, regional carrier Videotron continuously puts pressure on Rogers, Telus and Bell, along with their flanker brands.

Videotron’s newest flanker brand in Quebec, Fizz, is still offering introductory rates with plans such as $32/4GB with unlimited calls and texting. Looks like the Big 3 are trying to offer a similar plan to better compete with Fizz’s discount offering.

If you’re on the older $35/1GB plan with either Virgin, Fido or Koodo in Quebec, it’s best to switch your plan to get your extra data. As for the rest of us in Canada…you’re out of luck (although earlier Fido did start offering a $35/3GB plan to some customers).