Well looky here, what do we see? Telus has responded to Rogers/Fido and Bell, by offering their own BYOD $60 per month plan with 10GB of data, but through their flanker brand, Koodo Mobile–for new customers (although some who have spoke with the Retentions/Loyalty department have been able to get it by asking).

Koodo’s website has a new featured banner titled “You want gigs? We got gigs!” Users who bring their own phone will get an unlimited Canada-wide calling plan with 10GB of data. The ‘Legal stuff’ says it’s available in BC, Alberta and Ontario, which one-ups Rogers/Fido and Bell, since their promos are only available in BC and Alberta. 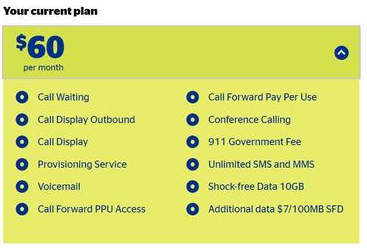 According to a Koodo rep we spoke with on the phone, this data is not limited to 24 months only like Rogers/Fido, and is permanent.

These promo plans are a response by the ‘Big 3’ to Shaw’s Freedom Mobile, which is similarly offering a $60/10GB plan. Freedom Mobile’s LTE network is rolling out quickly out west, but its Ontario expansion is still underway, which is most likely why Rogers/Fido and Bell are limiting their promos to Alberta and BC. But now it looks like they’ll eventually have to match Telus’ Koodo offering for Ontario.

The Telus website doesn’t list this promo (yet?), but it makes sense for them to offer it as well given Rogers and Bell offering it too. We know how our incumbents like to simultaneously match plans and promos with each other.

Who says we don’t have wireless competition in Canada? Let us know if you’re going to jump on this…offer expires December 19.