If you’re a Student Price Card (SPC) card holder, Koodo has a promo available which offers 1GB data free every month, for up to 12 months. 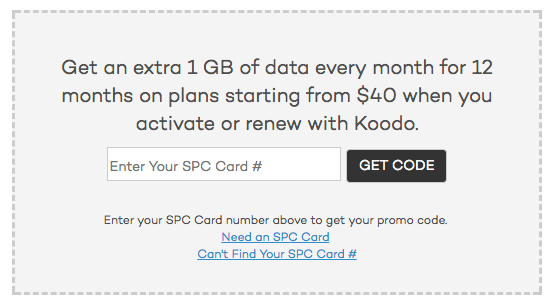 To get your extra 1GB per month data, you need to enter your SPC card number here to get your promo code, which you then use when you activate or renew a line with Koodo.

As for other similar student offers, we recently shared how ISIC Student cardholders can get $120 in credits for 24 months from Freedom Mobile.