Koodo’s Wireless Home Phone offering is normally $20 per month, but a current promo slashes it by 50% off to $10 per month—an ongoing discount this time.

Update: The offer is only available in Saskatchewan, Manitoba, Ontario, Quebec, and Atlantic provinces. 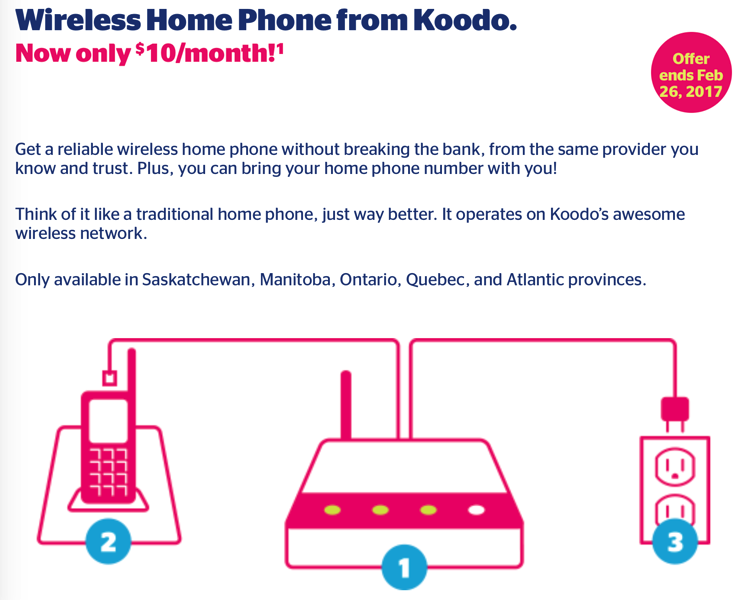 Previously, we’ve seen promos for wireless home phone at $5 per month for the first 12 months, then going back to its regular $20 per month.

One-time fees include a $40 hub and $10 for a SIM card. Customers will of course be required to supply their own home phone.

Some RFD users who jumped on the previous promo ($5/month for 12 months), are considering starting a new line, then porting over their old one, to pay $10 per month ongoing, instead of $20 per month.

The offer is available from Koodo Shop kiosks, TELUS/Koodo locations, and Koodo Authorized Dealers—It is available until February 26, 2017.