Now, it appears Public Mobile is again offering this plan but sweetening the deal, to now include 8GB of data per month for the same price.

If you head over to the ‘Build your own plan’ section of the Public Mobile website, you will see the bonus data. Just select 90-days, Canada-wide and to the U.S. calling, International text, and the 18GB + 6GB bonus 3G data over 90 days, then your subtotal will be $150. That works out to $50/8GB every 30 days. 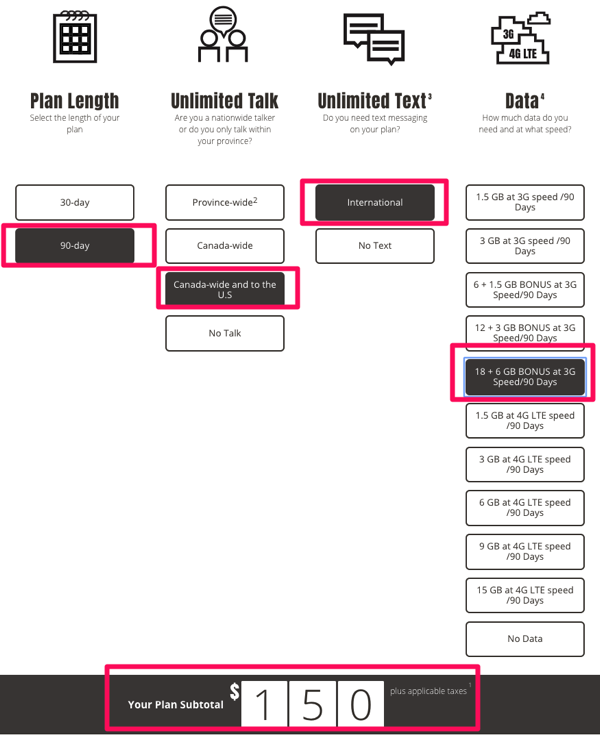 Customers using Public Mobile refer to the company’s 3G plans as “LTE lite”, since Telus just throttles LTE speeds to 3G equivalents. If you’re okay with having 3G speeds, then a $50/8GB plan with Public Mobile may be something to consider.

Those looking to join Public Mobile can get $10 free credit when signing up under a friend. Email tips @ iphoneincanada.ca if you require a referral.