Public Mobile has launched a new plan targeting users who only need 1GB of data per month. A new 30-day plan right now offers a $30/1GB plan with 3G data, after AutoPay. 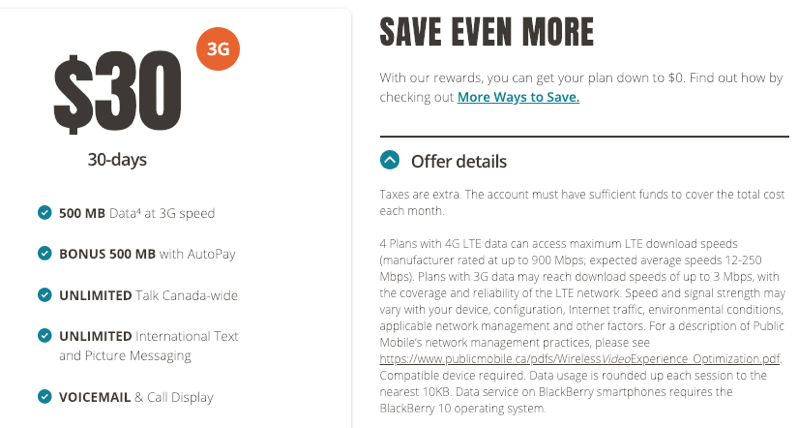 Public Mobile is owned by Telus and runs on the latter’s LTE nationwide network. Plans advertised as “3G” are actually just throttled LTE, with download speeds capped at about 3 Mbps, which many note is suitable for web browsing and HD video.

If you sign up for Public Mobile under a referral, you can also gain an extra $10 bill credit. Email tips @iphoneincanada.ca if you require a referral.

Yesterday we told you about how Rogers is increasing the price of legacy unlimited Infinite wireless plans, and now it appears Telus is doing the same. According to iPhone in Canada reader Michael, Telus recently emailed him about “upcoming changes to your mobility account,” then detailing how two lines on his account were set to increase […]
Gary Ng
21 hours ago