According to MobileSyrup, TELUS has revised some details to their recently announced unlimited voice and data plans. 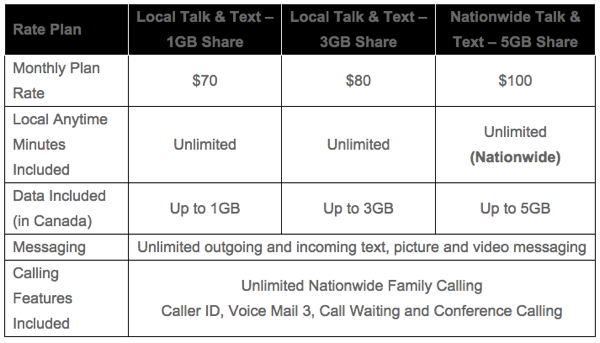 Customers in Ontario, Quebec and Atlantic Canada will see unlimited nationwide calling on the $70 and $80 plans

Similar plans are also available from Rogers and Bell as well, but their prices do not include caller ID and voicemail, like TELUS.

Also, in a separate report, MobileSyrup reports TELUS is set to announce some new international roaming packages in December, marketed as a trial. No details were given in regards to pricing and the packages themselves, but they will include minutes, text messages and data and be made to accommodate an average of a 2-4 week trip. Given most people travel for the holidays these roaming packages could appeal to existing TELUS customers.

Have you signed up to any of these new ‘unlimited’ plans from our Big 3 carriers?