Telus Offers Free AirPods with Any iPhone Activation or Renewal

Telus Cyber Monday deals include some offers on iPhones which customers may want to check out.

The highlight is the offer of free Apple AirPods ($219 CAD value), with any iPhone activation or renewal on “select 2 year plans”, available online only, while quantities last. 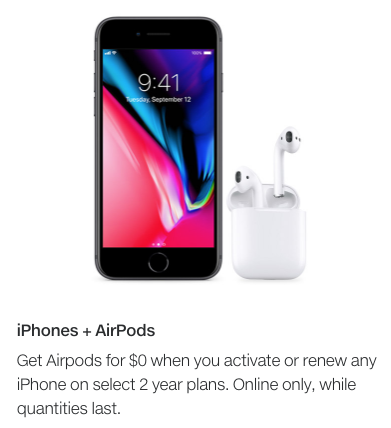 We first saw the free AirPods with iPhone Telus deal from Best Buy’s Black Friday flyer, but now the offer is available to any iPhone if you renew or activate online from Telus.

Telus says customers can also “pre-register” for Apple Watch Series 3, which is expected to arrive by next month.