Two hardware units act as “boosters” to extend Wi-Fi to all areas of your home for a more reliable Internet connection. Boost Wi-Fi can support up to five units to relay signals to hard to reach places in the home, like basements. 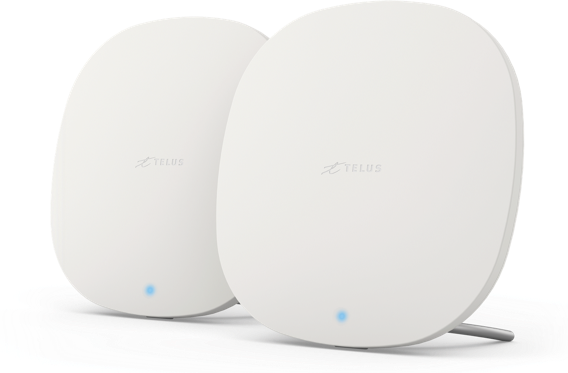 “We are constantly driven to improve our customers’ online experience and TELUS Boost Wi-Fi helps to address one of the most common issues with home Wi-Fi,” said Blair Miller, Vice President, Consumer Products and Content at TELUS, in a press release. “TELUS Boost Wi-Fi helps to ensure streaming video and music aren’t interrupted, video calls aren’t dropped and everyone can stay connected, no matter where they are in the home.”

Users can setup and manage their Boost Wi-Fi setup via the TELUS My Wi-Fi iOS app, which also includes parental controls to pause Wi-Fi.

The TELUS Boost Wi-Fi Starter Park is available with two boosters for $120 (regular price $240) for a limited time, for TELUS customers in BC and Alberta. Expansion packs are priced at $120 each.