Vancouver doctor Jesse Janssen recently was shocked to find his Telus bill showing $24,225.80, instead of the usual $67 he pays monthly. 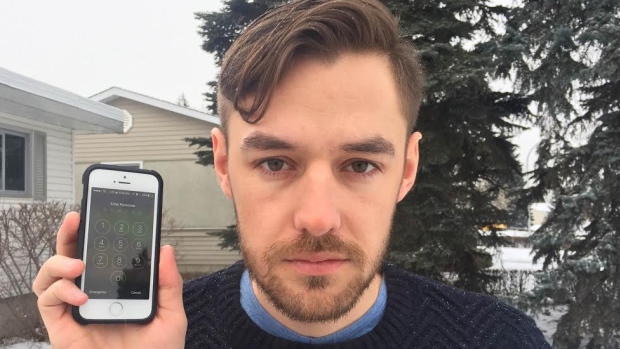 What happened, according to Janssen to CBC News, is he lost his cellphone while in the U.S. back in August. He says someone stole his phone, managed to crack his passcode, then ran up his roaming data charges. The doctor says the fraudulently user texted “Yes” to data overages, which is how his bill ran up past $24,000 with 8GB of overages.

Janssen did not report his phone as stolen or missing for two weeks, as he though he had lost his phone and it would turn up.

But when his Telus bill arrived, he said “I was shocked and I was in disbelief,” adding “It was so high, it was almost funny.”

So, Janssen called Telus about his mammoth bill in September, hoping the overages would be dropped. “Somebody used my phone fraudulently,” he says. “I was hoping that there would be some degree of protection afforded to me.”

Telus told him it had received proof of consent from his phone, which is how the $24,156.91 bill in data overages got racked up.

Janssen was surprised when Telus informed him that it had received permission, via his cellphone, to run up $24,156.91 in data roaming charges. He argues he did not provide permission as he was back in Canada at the time.

The CRTC Wireless Code protects Canadians from data overages, capping them at $50, while roaming is capped at $100. But customers can agree to overages if they text consent.

Janssen says while Telus asks for a verification PIN over the phone, this is not needed when agreeing to data overages.

“They made me verify who I was constantly, but to charge me $24,000, there was no verification,” says Janssen. “It could be anybody.”

CBC News says Janssen contacted Telus for a week, before the company offered a “goodwill gesture” and lowered the bill down to $1,124. Telus says this offer was made because Janssen did not report his phone missing at the time when data charges occurred.

Despite the discount, Jansen believed the Telus offer was unfair and wanted it to be $500—what it would cost if he had subscribed to a travel data plan. He escalated his complaint to the Commissioner for Complaints for Telecommunications Services (CCTS). Telus gave the same offer of $1,124 and said “the offer is more than fair and reasonable,” considering Janssen did not report his phone stolen immediately.

“Paying what the data would cost at a travel plan rate is ample punishment,” says Janssen, who ended up agreeing on the Telus offer and paying the $1,124 bill.

He says his phone was lost in July at a party in Chicago, and he did not report his smartphone as stolen or missing for two weeks. He assumed hotel workers would find his phone. He also says he mistakenly believed if he reported his Samsung phone stolen, it would be deactivated permanently.

Janssen says the CRTC Wireless Code should have a way to verify the user before agreeing to data overages.

“My example illustrates so clearly the flaw in this,” he says. “This idea that whoever is holding the phone can type ‘yes’ with no verification whatsoever who you are is absolutely unbelievable.”

TL;DR: Doctor loses phone in USA with weak passcode (or no passcode at all?), doesn’t report it for two weeks. Gets $24,000 data overage bill. Complains to Telus and CCTS. Gets bill slashed to $1,124 and ends up paying the bill. Contacts CBC News to share his story.