Telus has launched their 13th annual Telus Days of Giving, which is the company’s volunteer program to give back to communities nationwide and internationally. 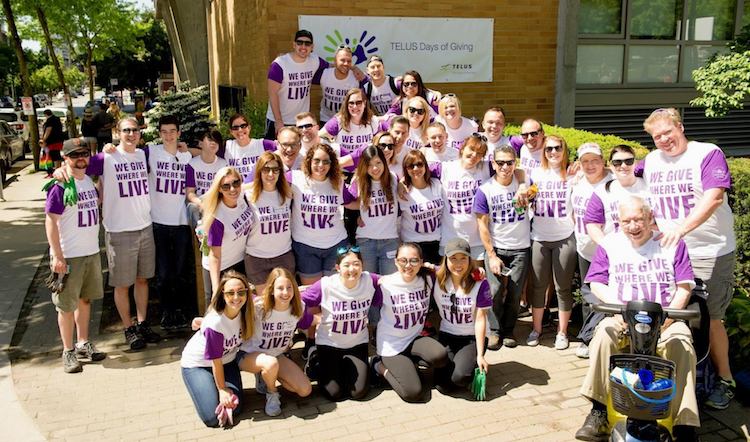 Over 34,000 Telus team members, including retirees, family and friends will give their give to over 2,000 activities in 2018, “to help create healthier, stronger and more sustainable communities across Canada and around the world,” as employees will also volunteer across nine countries.

“TELUS Days of Giving is an authentic representation of our team members’ devotion to giving back,” said Jill Schnarr, TELUS Vice-President of Corporate Citizenship, in a statement to iPhone in Canada. “Our team members and retirees are making positive social impacts in our local communities year round. We are proud of their compassionate efforts to give where they live. Collectively, we are creating remarkable social change to achieve a greener earth, healthier citizens, connected youth, and ultimately stronger communities.”

This year sees the number of volunteers increase by 2,000 to 34,000, which will see days of giving take place in Romania to build homes, Guatemala to build a health clinic, planting gardens in Bulgaria, renovating schools in the Philippines and also building a youth centre in El Salvador.

Last year, the Telus team volunteered one million hours in celebration of Canada’s 150th birthday, and since 2000, has volunteered over 8.7 million hours and given over $525 million to Canadian charities and grassroots organizations.