The Telus discounts are offering up to 30% off ‘unlimited’ data Peace of Mind plans and also Simple Share plans (shareable data). All plans come with unlimited nationwide calling and the usual extras. 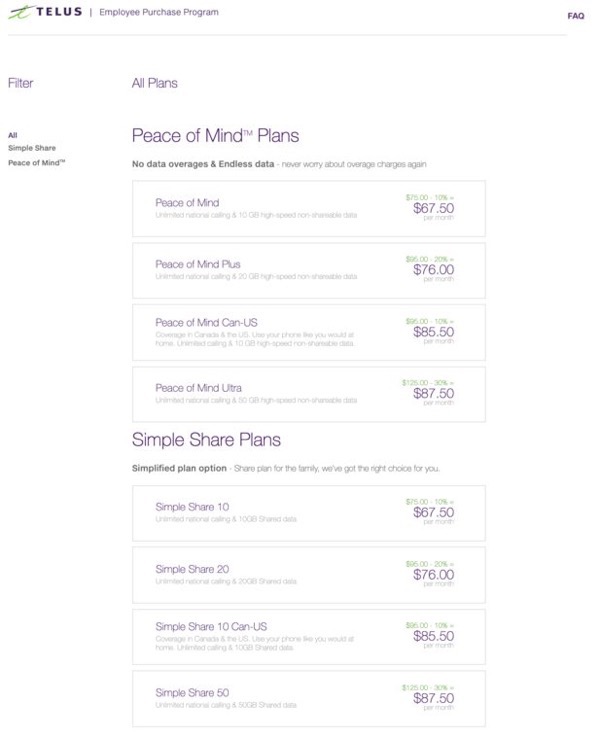 Telus is also offering up to $300 in smartphone discounts on two-year terms.

As with all of these EPP plans, check with your employer and see if you qualify. Let us know if you’re going to jump on any of these.