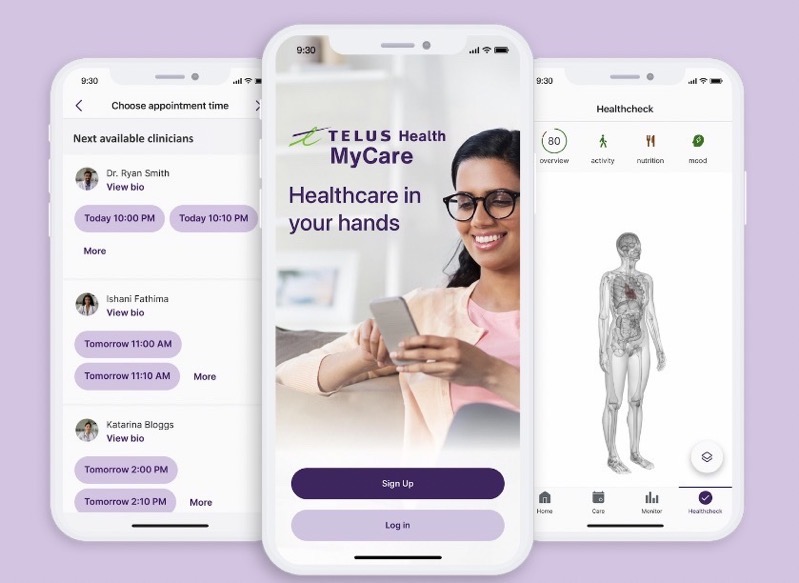 Telus Health recently updated its MyCare app for iOS and Android, introducing what it says are “a few changes for the better.”

Telus says “it is our goal to help you take care of your health and well-being so we’ve made some exciting innovations within the app.”

Also new is what Telus says is a more user-friendly layout for its smartphone users.

Telus Health MyCare allows users to see a doctor, mental health councillor or dietician from the app via video call, plus also get prescriptions prescribed and delivered through the app.

The app and service is offered in British Columbia, Alberta, Ontario, and Saskatchewan. Those without provincial coverage need to pay $70 per virtual physician consultation.

For doctor consultations in B.C., residents are covered under the Medical Services Plan (MSP) when using the Telus Health MyCare app. With doctor shortages and clinics closing in the province, the app offers an alternative to waiting in lines to see a physician.

Staples Canada and Bell announced a multi-year exclusive agreement on Tuesday, to sell Bell, Virgin Plus and Lucky Mobile wireless and wireline services at Staples stores across Canada for both consumers and small businesses. Both companies will also partner to sell Bell services to medium businesses through the Staples Professional sales team. Beginning in late […]
Gary Ng
13 hours ago