The trusty iPhone 4 is regularly priced at $49 on a three year term from our ‘Big 3’ carriers, but Telus currently has a promo where it is free on contract, but will require a minimum $50/month plan. There are some ‘promotional plans’ currently available from Telus to pair with this phone. The 8GB iPhone 4 is available in either black or white and the offer goes until June 14th.

We’ve seen holiday promos for the iPhone 4 being ‘free’ on contract, but this is still a decent deal for first time iPhone users that are willing to sign on to a three year contract and don’t want to pay for a smartphone. You could even take advantage of the Telus Trade In Program and get some extra credit from your old phone.

It was just last December that Rogers, Telus and Bell simultaneously dropped the price of the iPhone 4 to $49 on a three year term. 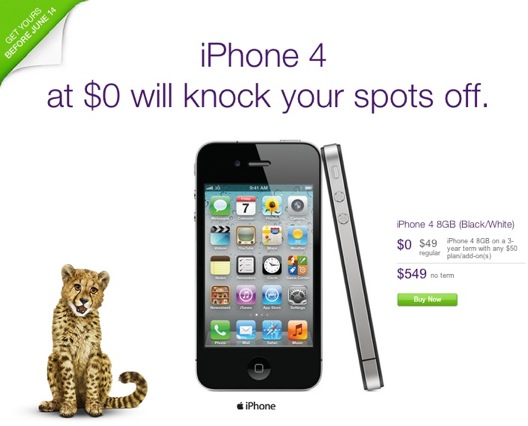