TELUS has launched iPhone 5c pre-orders for new and existing customers this early morning and two year contract pricing has been revealed for the first time in Canada:

TELUS will deliver orders free of charge and there are no activation fees. 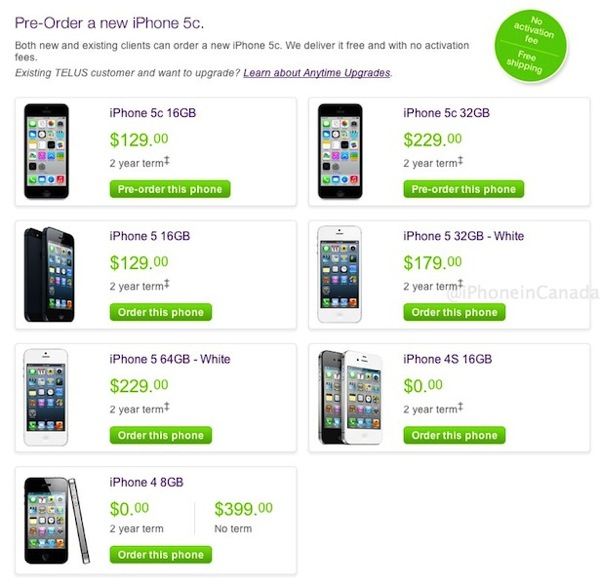 As for the existing iPhone 5, TELUS has lowered two year term pricing for remaining stock:

Anyone going to pre-order their iPhone 5c from TELUS?