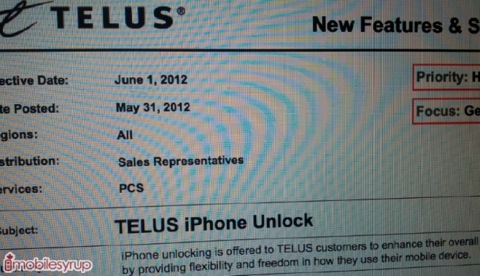 Last year Telus introduced an unlocking policy for their handsets but it excluded the iPhone (whereas Rogers has long offered iPhone unlocking). Many Telus users have long opted for factory unlocked iPhones from Apple to bypass this delay.

Apple’s support page still notes Rogers and Fido as the only authorized carriers to unlock iPhones–expect this to change soon. I know of many Telus iPhone users that will be very happy to hear about this new unlock policy.

What do you think about paying $50 to have carriers unlock your iPhone?