TELUS has launched iPhone XR pre-orders at the same time as Apple Canada and by doing so has released contract pricing on various plan tiers, which is similar to what is being offered by Rogers. 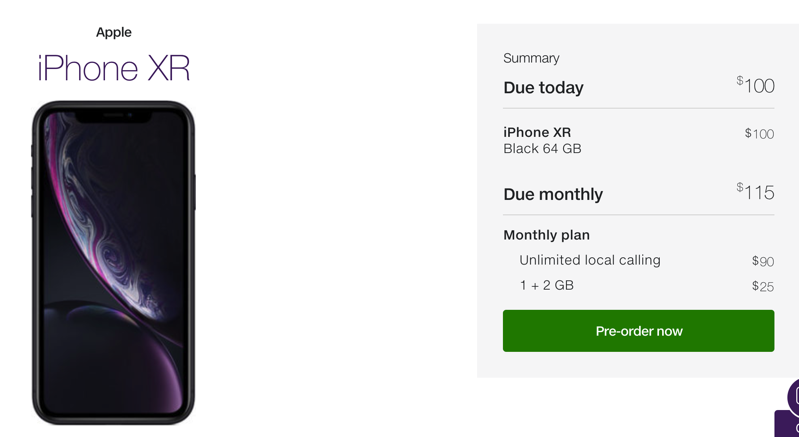 Check out the full two-year contract pricing below…

The low upfront iPhone XR prices in the Platinum look enticing, but they do come with an expensive $115 per month plan with only 1GB of data and unlimited local calling. Right now, there is a 2GB bonus data promo on all entry plans, making them 3GB of total data.

For those ordering online, TELUS says “Your order will ship on October 26th. It will arrive 1-5 days after it’s been shipped.”