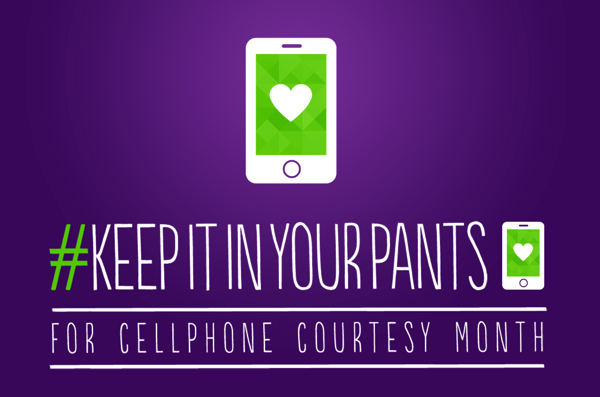 Next month is Cellphone Courtesy Month and Telus has launched a campaign titled #KeepItInYourPants to encourage smartphone users to practice better etiquette when it comes to using our phones in public.

A recent survey by Telus looked at what were the pet peeves of Canadians when it comes to using a smartphone in social situations. Two major moments people found the most annoying when it came to cellphone use were the following:

Behold ‘The Pantifesto’ below, ten commandments smartphone users are encouraged to follow in July: 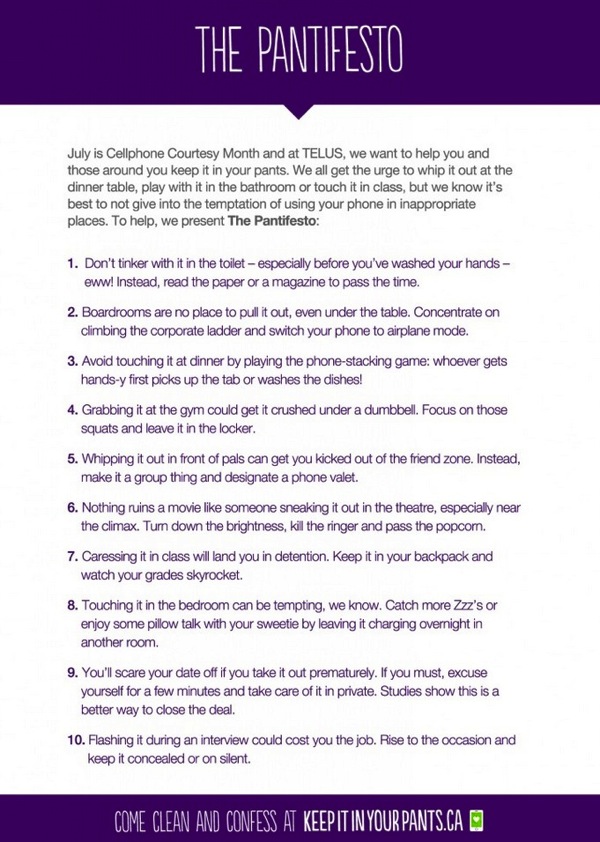 We’ve all been guilty of being rude with our smartphones at one point or another. It’s just too hard to resist when you hear mail notifications, which is why silent mode or having Do Not Disturb enabled can help (or a Pebble smart watch!).

What are some of your bad habits when it comes to using your iPhone in social situations?