Telus/Koodo $100 Promo: Switch to Our Network that ‘Won’t Leave You Hanging’ 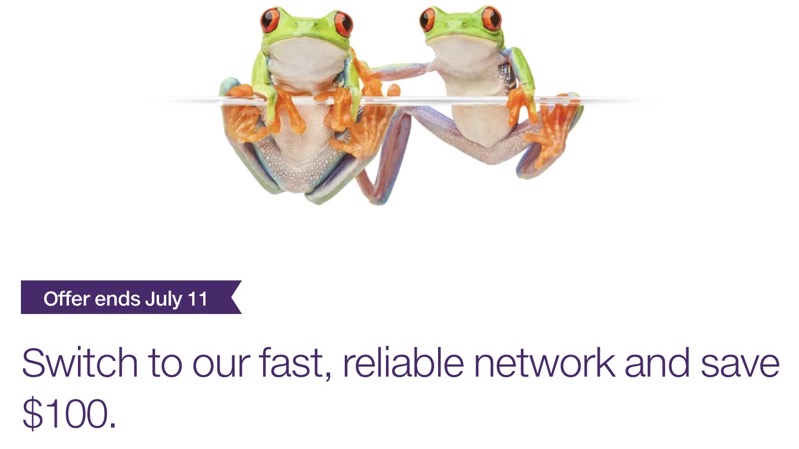 Telus and its subsidiary Koodo are taking full advantage of the Rogers outage that left millions of Canadians offline for up to 24 hours and counting.

The front page of the company’s website is advertising a $100 online promo that seemingly targets Rogers customers to switch over.

“Join TELUS and stay connected on an award-winning network that won’t leave you hanging. Plus, get a $50 bill credit and save the $50 connection fee by switching online,” says the company.

“Koodo runs on Canada’s award-winning, largest 4G LTE network. Switch online today and save up to $100. Now is a good time,” details the Koodo website, noting the promo ends on July 11. 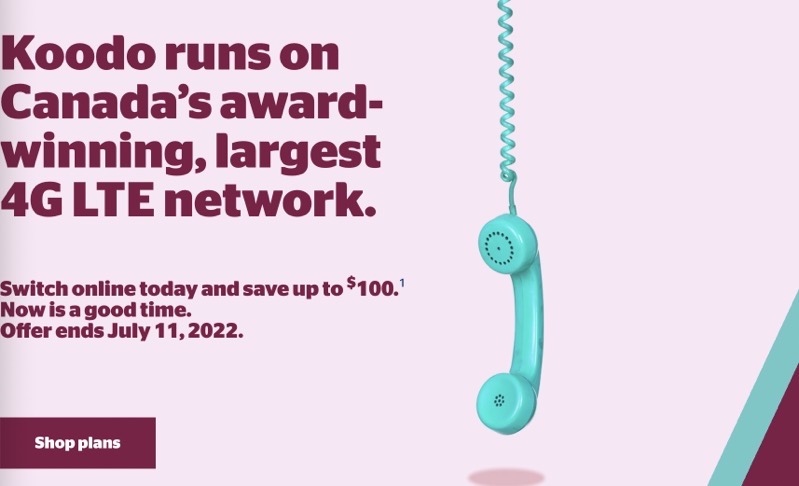 During the Rogers outage yesterday, Telus also started emailing customers to switch over.

Telus is so milking this. #Rogers pic.twitter.com/8EjZ6mWOjb

On Saturday morning, Rogers announced services had been restored for the “vast majority” of its customers, but full 100% uptime would not be available just yet. The company did not explain the cause of the outage that affected debit payments, e-Transfers, and more.

Critics and consumer groups have called for a public inquiry into the Rogers outage, which saw multiple redundancies fail to kick in, according to a company senior vice president in a CBC News interview.

Telus's President of Mobility Solutions, Jim Senko, said in an interview last week that Rogers and Shaw's proposed sale of the latter's wireless business, Freedom Mobile, to Quebecor will reduce competition in Canada's wireless market (via the Financial Post). Quebecor "doesn’t truly understand the Western markets and would have to wholesale there any kind of...
Nehal Malik
1 hour ago

Telus prepaid brand Public Mobile has launched yet another 2GB data bonus, this time offering the extra for 12 months for new subscribers. When new customers activate a plan $25/month or higher and use promo code 12MONTHS2GB, they can get the 2GB bonus per month. Currently, Public Mobile offers a $25/month plan with 1GB data...
Gary Ng
2 hours ago

Telus today announced its financial results for the second quarter ended June 30, 2022. The national telecom operator reported consolidated operating revenues of $4.4 billion, up 7.1% year-over-year from Q2 2021. Across all of its segments, Telus reported a net income of $498 million, up a whopping 45% year-over-year. Adjusted EBITDA was up 8.9% to...
Nehal Malik
4 days ago